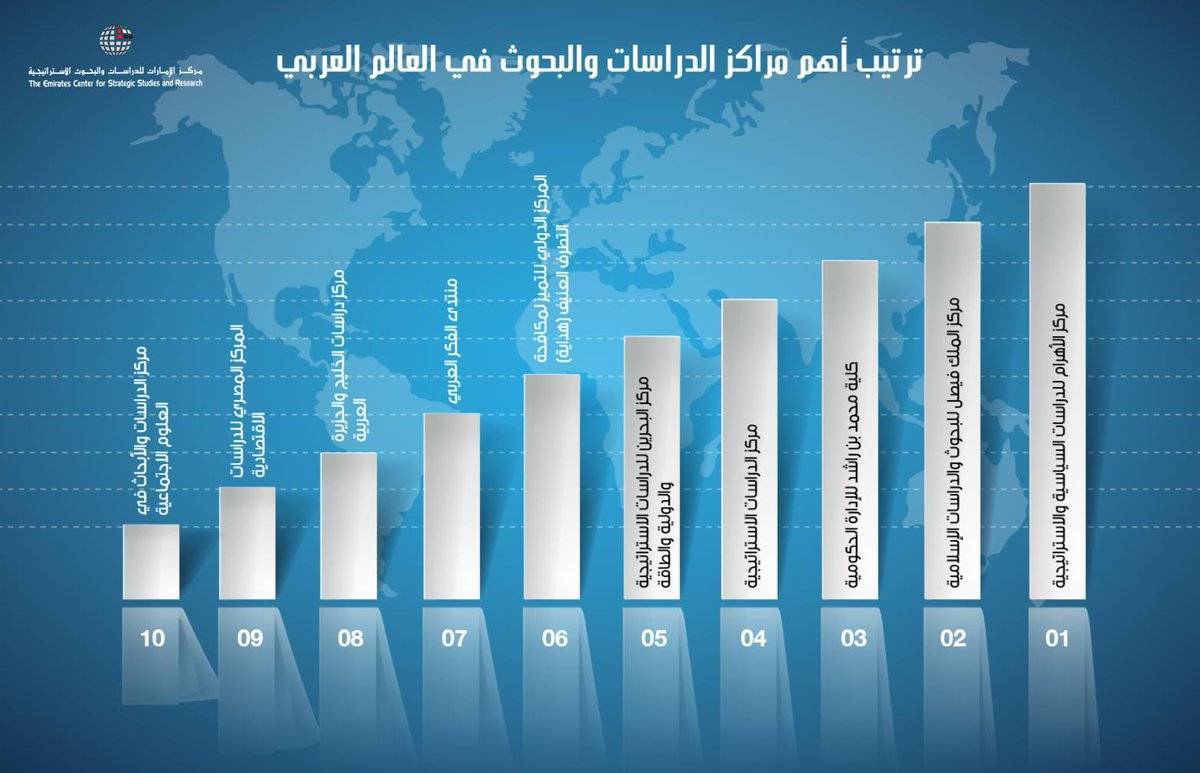 The King Faisal Center for Research and Islamic Studies has been ranked second among the top 10 research centers for 2016-2017 in the list issued recently by the Emirates Center for Strategic Studies and Research. The list includes a classification of the list of Arab and international research centers.
The assessment is based on a number of criteria, including those related to the research institution itself, its activities and functions, the ability to support decision-making and policy makers, the ability to make an effective academic contribution, and the efficiency of communication with the community.

The King Faisal Center for Research and Islamic Studies in 2017 continued its pioneering role in the cultural and academic aspects. The Center issued 32 strategic studies and documented his cooperation with prestigious research centers around the world in his field of specialization, attracting a group of distinguished researchers.

The King Faisal Center in 2017 witnessed intense activity at home and abroad from His Royal Highness Prince Turki Alfaisal, Chairman of the Board of Directors, which included participating in many conferences and events, and carrying out a large number of visits and receptions, delivering speeches and lectures in local and international forums.

The King Faisal Center also had a distinguished cultural presence in 2017, in which it organized and participated in a number of events, and also the opening of the exhibition Alfaisal: Witness and Martyr" in a number of cities in the Kingdom and in the Republic of Kazakhstan. The Center also organized the Riyadh Forum on Countering Extremism and Fighting Terrorism.

On the publishing side, the Center issued 9 publications last year, dealing with the most important issues on the Saudi, regional and international levels, while also continuing to publish its cultural and specialized journals.

The Center supports research and studies, promotes the vision of King Faisal and expands the horizons of knowledge on topics related to Islamic and political studies, sociology and cultural heritage through the provision of multiple services in line with the vision of the King Faisal Foundation.