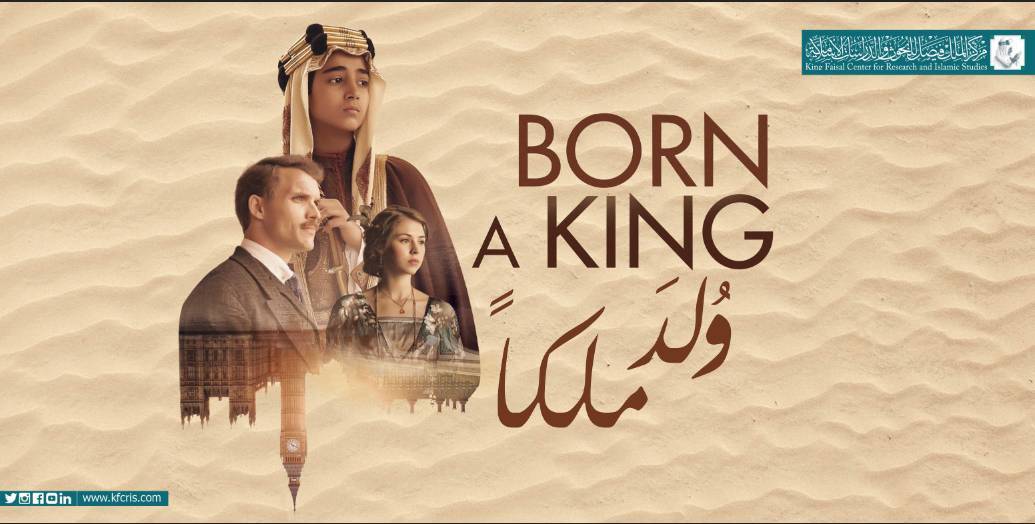 In the presence of His Royal Highness Prince Turki Al Faisal, Chairman of the King Faisal Center for Research and Islamic Studies, the Center intends to organize a press conference next Thursday to announce the details of the screening of the international film "Born A King" in cinemas lounges in the Kingdom of Saudi Arabia and the Gulf States via VOX Cinemas, starting from the end of next week corresponding to 27 Muharram 1441 AH.

The press conference, which will be held in the presence of the film's director, the Spanish Agosti Villaronga and the Saudi actor Rakan Abdulwahed, who played the character of King Abdul Aziz, will be preceded by the screening of the film at 1 pm on Thursday - tomorrow - at Fox Cinema in the roof compound in Riyadh.

The film deals with the visit of King Faisal bin Abdul Aziz - may Allah bless his soul - to Britain in 1337 AH, which is a joint production between Saudi Arabia, England and Spain, and was filmed between Riyadh and London under the management of the Spanish Oscar-winning producer Andres Gomez.

This work covers King Faisal's early life - from his birth in 1324 AH to his return from England - and describes the first significant diplomatic journey of a Saudi citizen to the British Royal Court, where the young Prince Faisal, 13 years old, had to meet With King George V of England, and other prominent figures such as Winston Churchill, Lawrence of Arabia, and Foreign Secretary Lord Corazon.

Born A King, is directed by Agusti Villaronga of Spain, and composed by Badr Al Samari from Saudi Arabia, Rey Loriga and Henry Fritz, starring: Hermione Corfield representing Princess Mary, Ed Screen, who represented the character of Philippi, In addition to the child Abdullah Ali, who represented the character of king Faisal, and the Saudi actor Rakan Abdulwahed, in addition to the participation of more than 80 Saudis in the film.