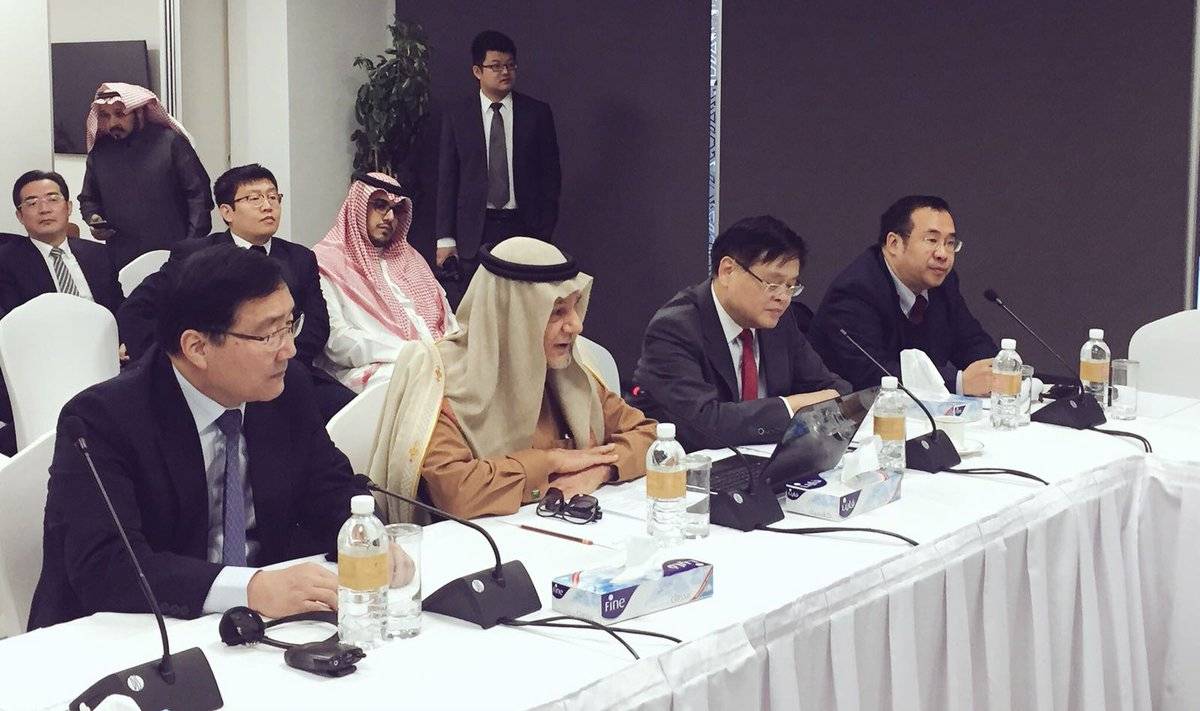 The King Faisal Center for Research and Islamic Studies organized a panel discussion entitled "Security in the Gulf Region and GCC-China Relations" on Sunday, January 14, 2018, in the presence of the Chairman of the Board Prince Turki Alfaisal, as well as a number of academics and specialists in political and diplomatic affairs. This event is a part of the activities of the Saudi-Chinese Cultural Dialogue organized by the Center during the month of January.

He also said that China is committed to the policy of non-interference in the Gulf countries in order to support its stability and has no desire to expand and intervene militarily in the Middle East, stressing on the development of China's relations with Saudi Arabia and the GCC countries and that it will continue and develop positively in the future.

Wu Bingbing stressed the importance of industrial transformation programs and focus on development in the Middle East, and that it is the most important solution to address the economic, social and security problems in the region, adding that one of the features of the new Chinese policy is to believe in the common future of all, especially in the Middle East.

Mohammed Al-Sudairy, the head of the Asian Studies Unit at the King Faisal Center, talked about the features of modernity and political thought in China. He reviewed the political theses on the political level and the method of governance, which are drawn by four intellectual currents on the democratic method of the best leadership of China: elite democracy, the Confucianism theocracy, ethnic nationalism and the Yellow Age, Communist fundamentalist-Confucianism.

The panel discussion saw an open dialogue that included a number of interventions and comments from the audience and participants.

Peking University is one of the oldest and most important modern Chinese universities. It is an important center of many Chinese intellectual and national movements throughout the 20th century. The University is specialized in humanities and attracts the largest share of financial support from the central government.