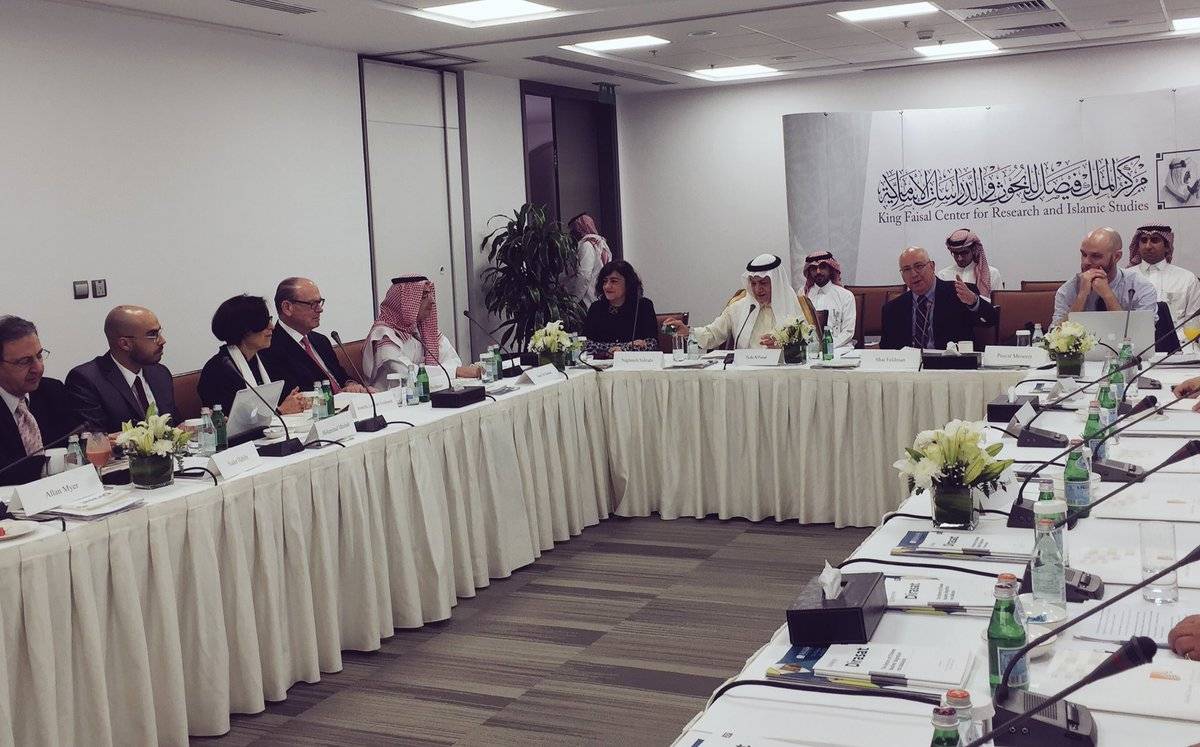 The King Faisal Center for Research and Islamic Studies organized a joint panel discussion with the Crown Center for Middle East Studies at Brandeis University, entitled: "Economic and Social Changes in Saudi Arabia and the Future of the Middle East" on Wednesday, February 5th, 2018. In attendance was HRH Prince Turki Alfaisal, as well as a number of researchers and politicians.

The panel started its first session: "Vision 2030 and Economic Change," highlighting economic reforms, public and private sector restructuring, and income diversification programs. The meeting also reviewed the Saudi economic contribution at the international level, the development of Saudi exports, the changes in the oil industry and the challenges of the labor market.

The second session dealt with the "Vision 2030 and Social Change," which focused on the development in education, the program of scholarships abroad, sports, youth programs, social and cultural initiatives, and women's participation and empowerment in this change.

The third session focused on "Moderation and Countering Extremism," in clarifying the correct Islamic principles that promote the values ​​of moderation, combating extremism and building peace in Muslim society. In addition to shedding light on the efforts of Saudi Arabia in the fight against terrorism, and the drying up of terrorist ideologies and extremist groups, and their role in establishing and supporting initiatives and centers specialized in this field.

The fourth and final session reviewed "Regional Issues," focusing on various international policies and stability in the Middle East region. There was a dialogue among participants on the turbulence and violence resulting from the Arab revolutions, as well as changes in international markets affecting the region. There was also an emphasis on investment in human capital as a path to stability and prosperity.

The panel concluded with a speech by Prince Turki Alfaisal, in which he stressed the importance of alliance and cooperation in addressing the issues of the Middle East region.