Turki Alfaisal Offers Thanks to The Custodian of the Two Holy Mosques For Honoring Saud Alfaisal
Date: 2018-02-15 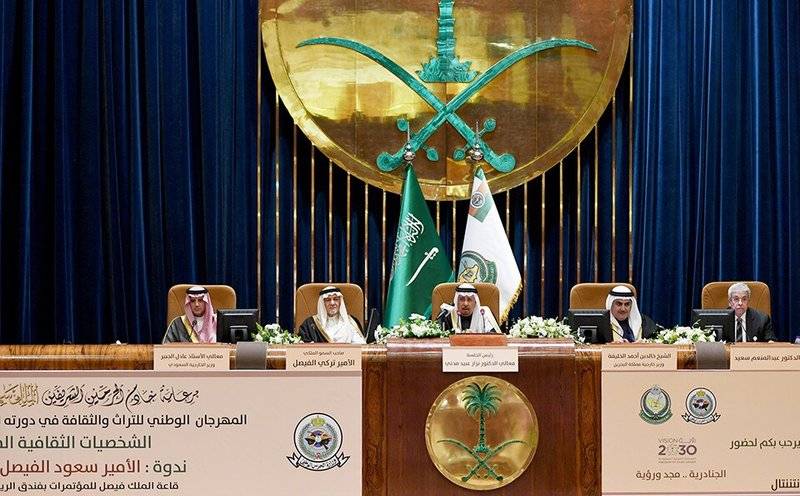 HRH Prince Turki Alfaisal Bin Abdulaziz, Chairman of the King Faisal Center for Research and Islamic Studies, expressed his thanks and gratitude to the Custodian of the Two Holy Mosques King Salman bin Abdulaziz for his generous gesture to His Royal Highness Prince Saud Alfaisal, the former Foreign Minister. recongizing him as "among the cultural figures this year at the Janadriya 32 festival." This is in recongition of the efforts of the late Prince in the field of peace and politics, and appreciation of his leadership in the service of his homeland.

He thanked the Minister of National Guard and Chairman of the Higher Committee of the National Festival for Heritage and Culture, Prince Khalid bin Abdulaziz bin Ayaf, for inviting him to speak before the blessed gathering at the symposium under the title "Prince Saud Al-Faisal, may God have mercy on him" in the presence of His Excellency the Minister, a number of princes, a large gathering of intellectuals, and media guests, at the King Faisal Conference Hall at the Intercontinental Hotel in Riyadh, February 8, 2018.

Prince Turki Alfaisal spoke at length about Prince Saud Alfaisal, his human qualities, his kindness and bravery, and his political efforts.