The KFCRIS is known for its extensive collection of manuscripts. The Center preserves around 28,500 titles of original manuscripts, which are managed as part of the KFCRIS Library's Special Collections and occasionally showcased at the Al-Faisal Museum's themed exhibitions, such as Masahif Al-Amsar (2017), Wahj: Adornment of the Page (2019-21, now available online), Takwin: Sciences and Innovation (2019-present), and Asfar: Treasures of King Faisal Center for Research and Islamic Studies (2022-present). 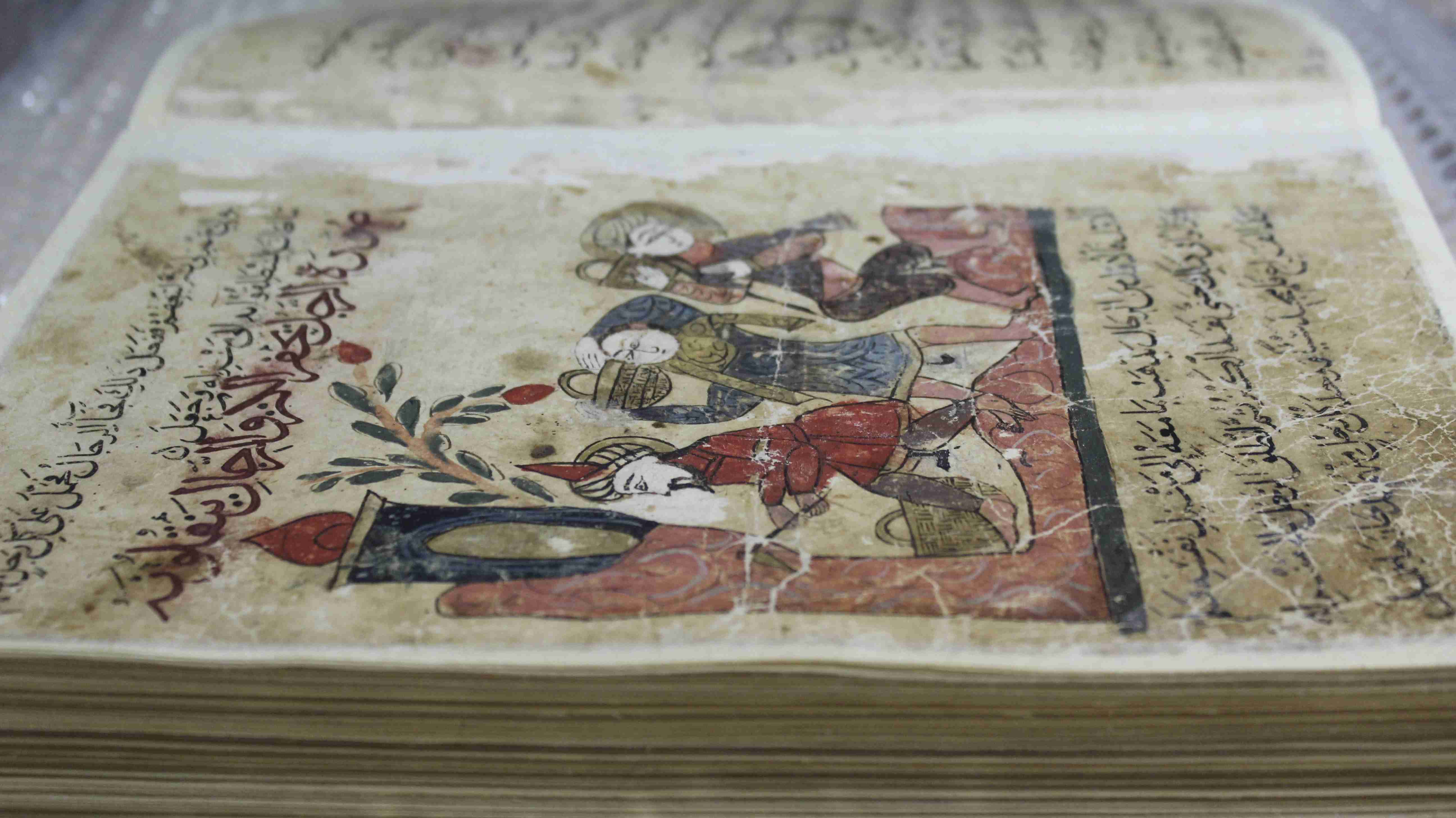 In addition, the Al-Faisal Museum works on the restoration of manuscripts. 1,145 titles of manuscripts have been restored and conserved so far.

The notable restored manuscripts include:

Manuscripts are sterilized in a modern way and bound with the traditional methods from the Islamic civilization.

(Watch the BBC Arabic documentaries (1) (2) via the King Faisal Foundation.) 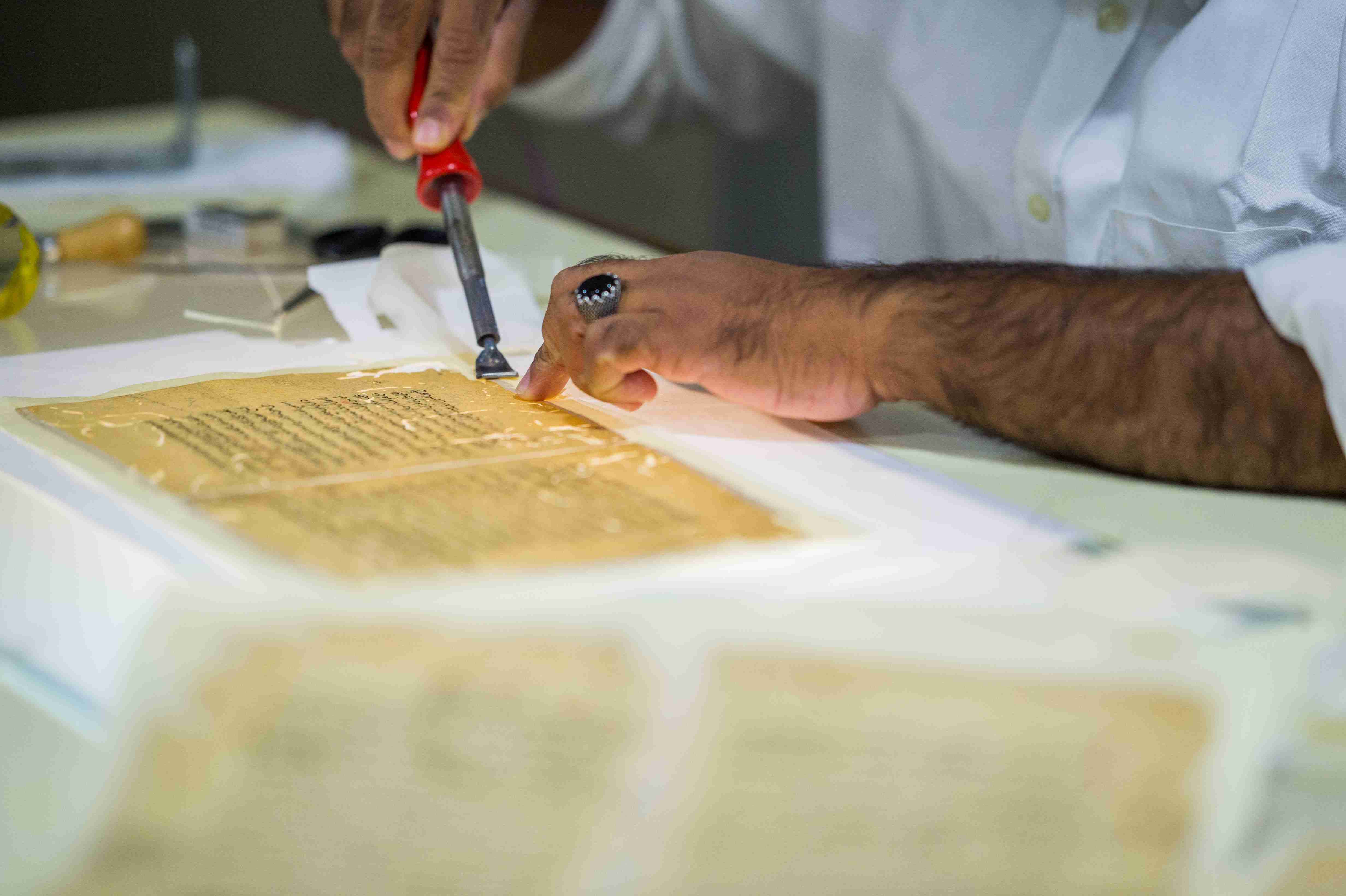