Kurdish Islamists in Iraq, from the Muslim Brotherhood to the so-called “Islamic State:”
Date: 2016-09-04 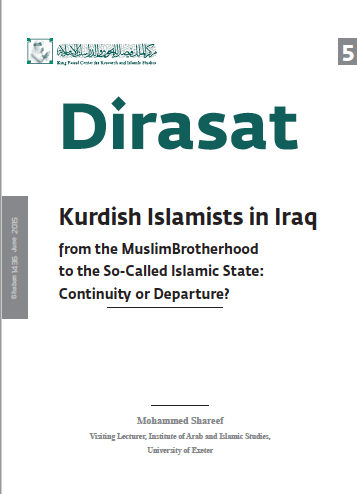 ?Kurdish Islamists in Iraq, from the Muslim Brotherhood to the so-called “Islamic State:” Continuity or Departure

The major Islamist groups in the Kurdistan region of Iraq have long been part of the political landscape both at the subnational Kurdistan level and at the Iraqi national level. They gradually emerged in the late 1980s and became more visible and pronounced as a result of the atrocities inflicted on the Kurdish people under Saddam Hussein’s brutal regime. Subsequently the Kurdish Islamist groups became a fixture on the formal Kurdish political stage in 1991 after the popular Kurdish uprising in the spring of that year. The Islamists have so far not become a major determining factor in Kurdish politics, yet they are nonetheless significant and effective. In the mid-1990s they became for a short while a vehicle for protest votes against the two major Kurdish political parties, the Kurdistan Democratic Party (KDP) and the PUK (Patriotic Union of Kurdistan).

A major contributing factor to their relative unpopularity is the religious association of most Iraqi Kurds with Sunni Islam, since most Kurds are Muslims and the official Iraqi national religion is Islam; the Kurdish liberation movement was a nationalist one and not a struggle to achieve sectarian or religious rights, as the Kurds had no grievances at the religious or sectarian levels.This being said, the Kurdish Islamic parties enjoy a sizable following, having participated in all democratic elections since May 1992. However, the relatively open political sphere created an atmosphere in which other Islamist tendencies could also thrive and expand. This meant that certain radical Islamic groups evolved or emerged as splinter groups from the already visible and active political Islamist organizations as a result of people’s dissatisfaction and disaffection with the existing Islamist Kurdish groups.