Understanding the Rise of the Lebanese Hezbollah 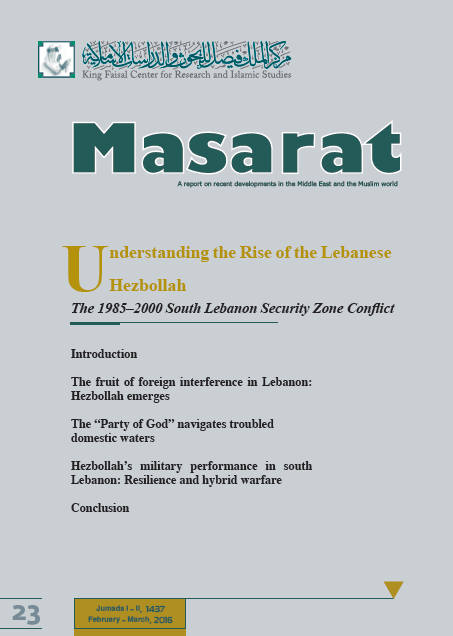 While pundits attribute the Damascene regime’s resilience in the ongoing Syrian conflict largely to the Russian intervention since September 2015, the sudden emergence of the Lebanese Hezbollah on Syrian turf since 2013 has arguably proven to be no less valuable for Bashar al-Assad’s continuous grip on power. This report showcases, by virtue of a case study, a detailed account of Hezbollah’s internal adaptability in transforming from a loose Khomeinist guerrilla movement in its early stages into a “state within a state” in Lebanon. By depicting lessons learned from Hezbollah’s performance in liberating Southern Lebanon from 1985 to 2000, the report sheds light on the methods and means of warfare it nowadays displays across its neighbor Syria.