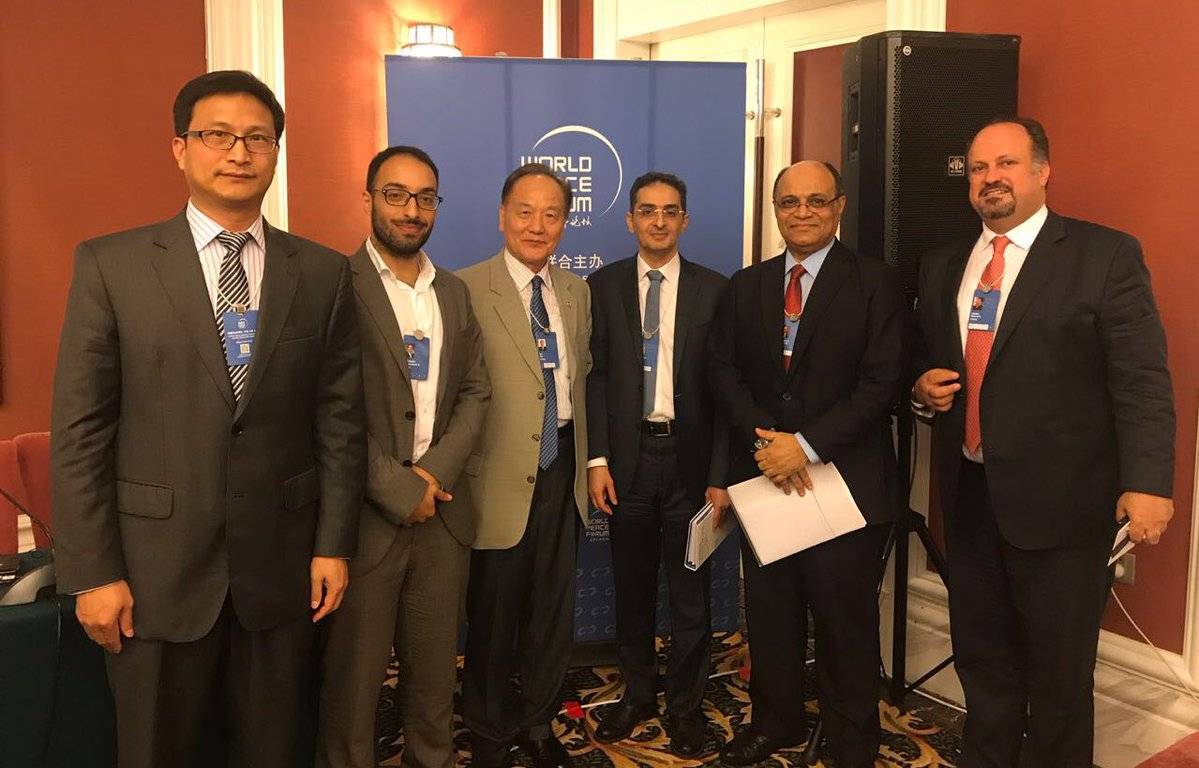 The King Faisal Center for Research and Islamic Studies participated in the Seventh World Peace Forum in Beijing, capital of China, hosted by Tsinghua University in cooperation with the Institute of Foreign Affairs of China. In the presence of the Center's Secretary-General Dr. Saud Al-Sarhan and the member of the Political Bureau of the ruling party in China (CPC) Central Committee and director of the Office of the Foreign Affairs Commission of the CPC Central Committee Yang Jiechi who delivered the speech at the opening ceremony, and A large number of officials, academics, and personalities from around the world attended, from 14 to 15 July 2018.

The forum brought together more than 350 participants from 23 research centers and regional institutes. The King Faisal Center for Research and Islamic Studies was the only Arab Center that had a joint panel discussion within the forum. Where the Secretary-General Dr. Saud Al-Sarhan had moderated a panel discussion entitled "Peace in the Middle East", with participation of Chi Zhenhong President of the Institute of International Studies in China, Ambassador Wu Ske Vice-President of the Arab-China Friendship Association, Bernard Heikal, Professor from Princeton University, Ambassador Hisham Zamlati, Secretary General of the Egyptian Council for Foreign Affairs, and Mohamed Al-Sudairy. a researcher at King Faisal Center.

The Secretary-General Dr. Saud Al-Sarhan presented a paper entitled "Building a Security Community: Equality, Justice and Integrity", which deals with international values in the light of changes in the global system. The Forum is held annually and it is a high-level forum in China.  It focuses on issues related to international security and addressing key security challenges facing the world. The organizer, Tsinghua University, is one of the most important and well-known universities in China.