Lecture: Salafi-Jihadism - History of an Idea 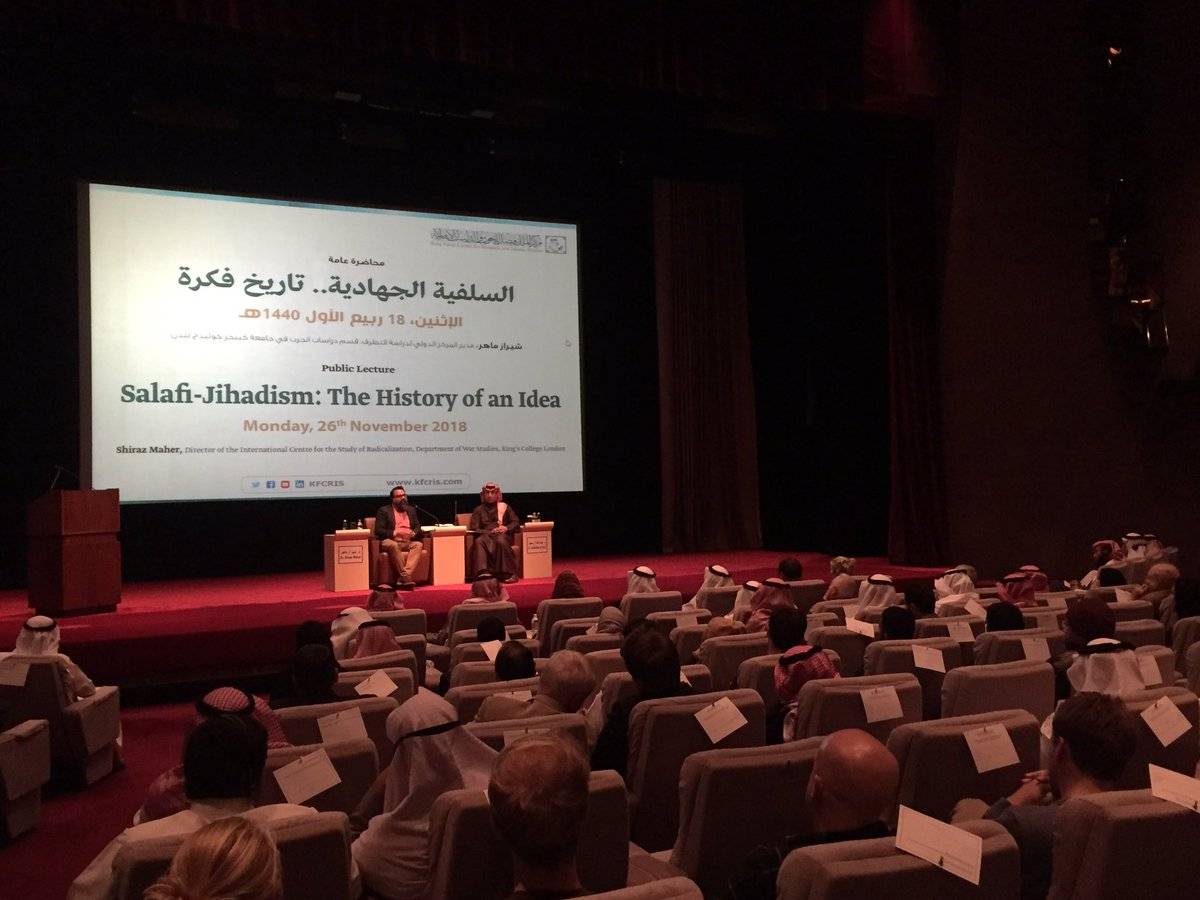 In the presence of His Royal Highness Prince Turki Alfaisal, the King Faisal Center for Research and Islamic Studies held a lecture on Novermber 26, entitled: "Salafi-Jihadism: History of an Idea" presented by Shiraz Maher, Director of the International Centre for the Study of Radicalisation, Department of War Studies at King's College London. A number of diplomats, academics, and members of the public were in attendance.

At the beginning of the lecture, Shiraz Maher emphasized the importance of distinguishing between extremist groups and true Salafist thought. He explained that what he was talking about is not from a religious point of view, but from a historical point of view and as a follower the history of extremist groups, such as al-Qa'ida And others.

Maher pointed out that the term jihadist Salafism referrs to terrorists in the decision-making circles in the West and in the media. It represents a political movement that has nothing whatsoever to do with mainstream Salafism. He added that his book entitled: "Salafi-Jihadism: The History of an Idea," which will soon be published in Arabic by the King Faisal Center for Research and Islamic Studies, has helped some Westerners change their views and help them differentiate between extremist groups and known Salafi.

Maher said that his book "Salafi-Jihadism" discusses five main ideas: Jihad, tawhid, hakimiyya, al-wala wal-bara, and takfir. These ideas are exploited by extremist currents in recruitment, in building propaganda and justifying their actions. He said that it is clear that these groups exploit the prevailing Islamic ideas by associating them with unusual religious principles to justify their actions.

Maher revealed that extremist groups use these ideas to denounce the governments of Islamic countries and create angry justifications for attacking them and their interests. He stressed that his book "Salafi-Jihadism" is an attempt to explain these terms to the Western public.