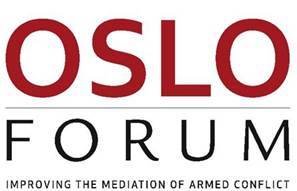 The Secretary-General of King Faisal Center for Research and Islamic Studies The forum was hosted by the Norwegian Ministry of Foreign Affairs and the Center for Human Dialogue, an independent non-governmental organization founded in 1999 and assisted in the creation of a forum to discuss the issue of mediation and its role in conflict resolution and conflict. Mediation between parties to a conflict to prevent or end armed conflicts.

More than 100 of the world's leading conflict brokers, as well as many decision-makers and representatives of various actors, attended the forum. With the participation of high-level representatives from Ethiopia, Kenya, Somalia, Mali, Uganda, Sweden, Uzbekistan and Kazakhstan. The Forum was also attended by the Executive Director of WFP and a number of special envoys of the Secretary-General of the United Nations to Libya, Syria, Myanmar and the African Union.

On the sidelines of the forum, Counselor Fahed bin Abdulrahman Al Dosari, Chargé d'affaires ai of the Embassy of the Kingdom of Norway, held a dinner in honor of Dr. Saud Al-Sarhan, in the presence of members of the embassy.