The Secretary of State of Kazakhstan Opens the Exhibition "Alfaisal: Witness and Martyr" in Astana 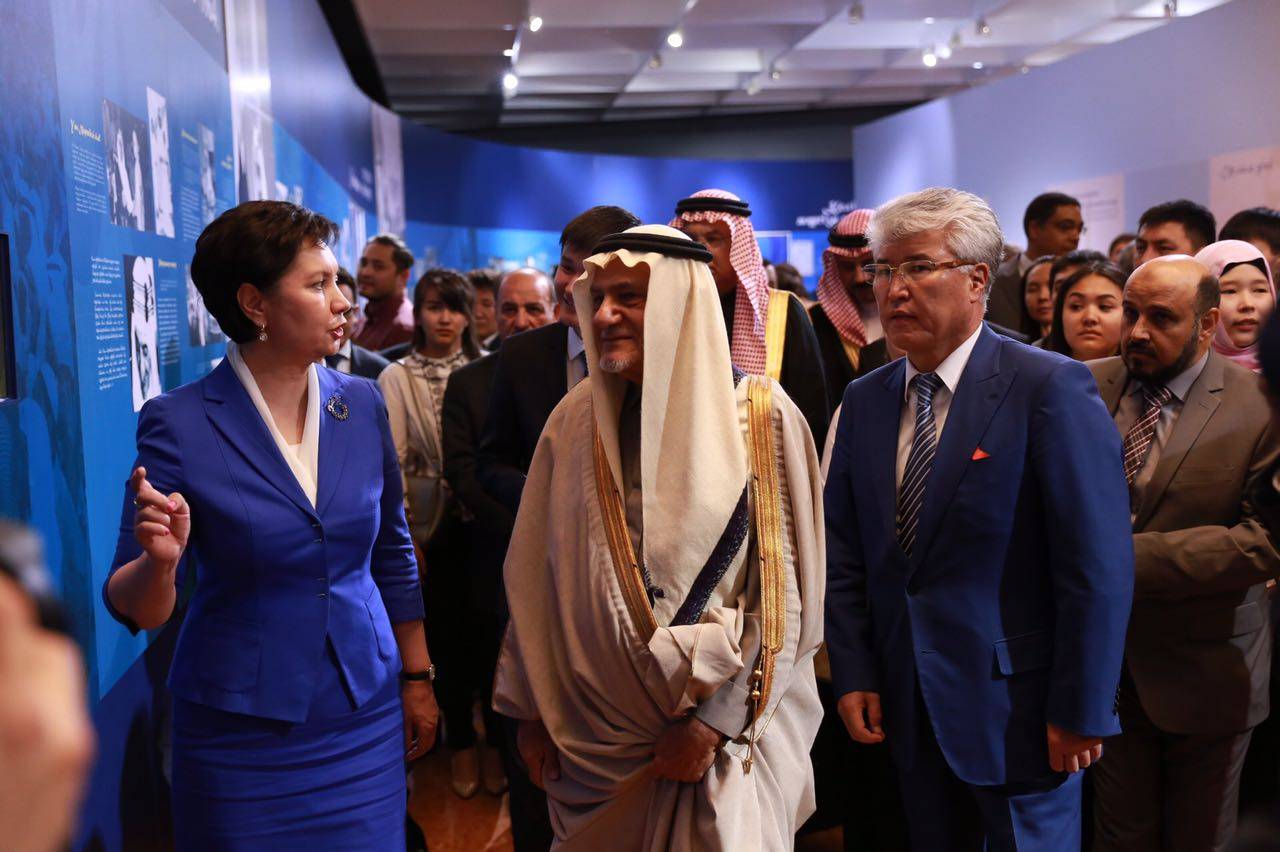 In the presence of His Royal Highness Prince Turki Alfaisal, Chairman of the King Faisal Center for Research and Islamic Studies, and under the patronage of the Minister of Culture and Sports of Kazakhstan Mr. Muhamediuly Arystanbek, the Secretary of the State of Kazakhstan Ms. Gulshara Abdykhalikova opened the exhibition "Alfaisal: Witness and Martyr" at The National Museum of Astana, capital of the Republic of Kazakhstan, on Thursday.

Prince Turki Alfaisal thanked the State and the Government of Kazakhstan for hosting the Alfaisal exhibition, which deals with the biography of a King whose historical position has had a profound impact on various issues, in addition to his great role in establishing the foundations of national unity and development in various fields. He also thanked the Secretary of the State of Kazakhstan and the Minister of Culture and Sports for sponsoring the exhibition and honoring the opening ceremony.

The exhibition will last 18 days, from May18th to June 4th.