Panel Discussion: Chinese Soft Power - From the Age of Mao to the Age of Xi 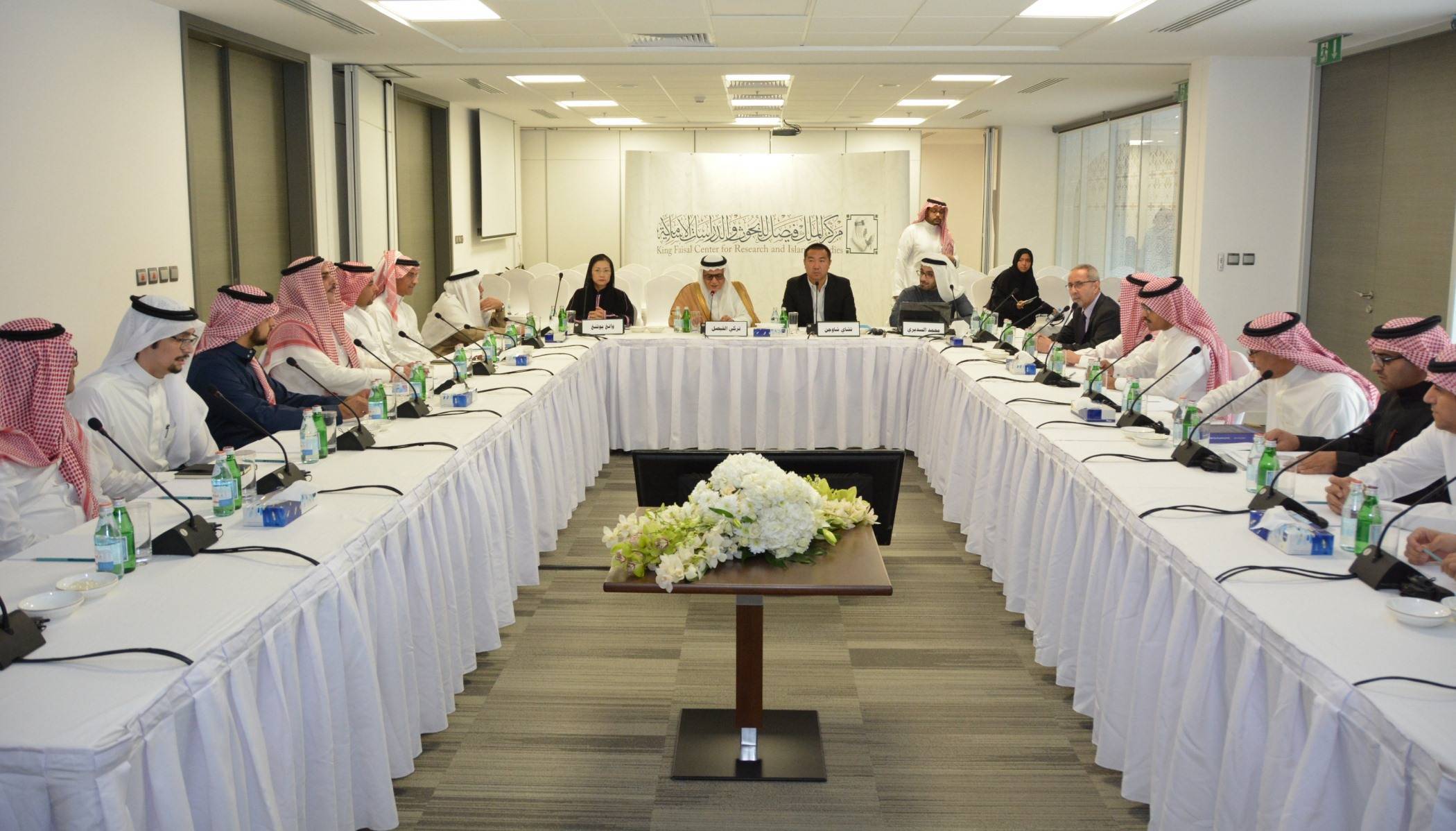 The King Faisal Center for Research and Islamic Studies organized a panel discussion entitled "Chinese Soft Power: From the Age of Mao to the Age of Xi" on Wednesday, November 29, 2017, in the presence of the Chairman of the Board, Prince Turki Alfaisal. Secretary-General Saud Al Sarhan, and a number of academics, researchers and specialists.

The panel consisted of Dr. Wang Yuting, professor of Sociology at the American University of Sharjah, Chai Shaojin, the first researcher at the Ministry of Culture and Knowledge Development (UAE), and Mohammed Al-Sudairi, a specialist in Sino-Middle Eastern relations and a non-resident researcher in the Asian Studies Unit at the King Faisal Center for Research and Islamic Studies.

Dr. Chai Shaojin opened the discussion by speaking about the cultural industry in China, which is a central element in the new soft power policy. Since the year 2000, China began to think strategically in the development of this power along with the development of other media and commercial products. Shaojin spoke about how ministries such as the Ministry of Foreign Affairs, Education and Culture are working together to design plans, programs and launch cultural and educational centers outside of China to promote the country's cultural diplomacy, noting that there has been great cultural cooperation with Arab countries in recent years.

A number of government institutions, along with the Chinese private sector, have set up educational and cultural institutes, media channels and medical centers outside China, serving Chinese immigrants and communities in a number of countries, such as the United Arab Emirates. He added that there is a marked increase in the number of Chinese tourists heading to Arab countries, mentioning Hajj as a religious and cultural aspect that plays an important role in the development of cultural relations between Saudi Arabia and China.

Mohammed Al-Sudairi spoke about the beginnings of China's soft power since the 1950s, when China showed its solidarity, sympathy and support to people, including Arabs, against Western policies. After the Chinese cultural revolution during the 1960s, China printed some of its political books and translated them into other languages, including Arabic, and received a number of Arab writers, thinkers and politicians, some of whom studied in Chinese universities, and contributed to writing and translation at Beijing University.

Dr. Wang Yuting spoke about the migration of Chinese people and the newfound focus on the Gulf region, especially the UAE, which has been represented in Dubai as a new favorite place for Chinese immigration in recent years. Yuting also cited Arab and African migration to China, especially in the southwestern regions of China, which focused on trade and studying at universities. However, China has yet to establish a specific system to facilitate the reception of more foreign immigrants.

The panel discussion included an open dialogue between speakers and attendees on the concept and forms of soft power in China and its new foreign policies, political positions, and its cultural and economic role in the Middle East.