Press Statement from KFCRIS regarding the film of "Born a King" 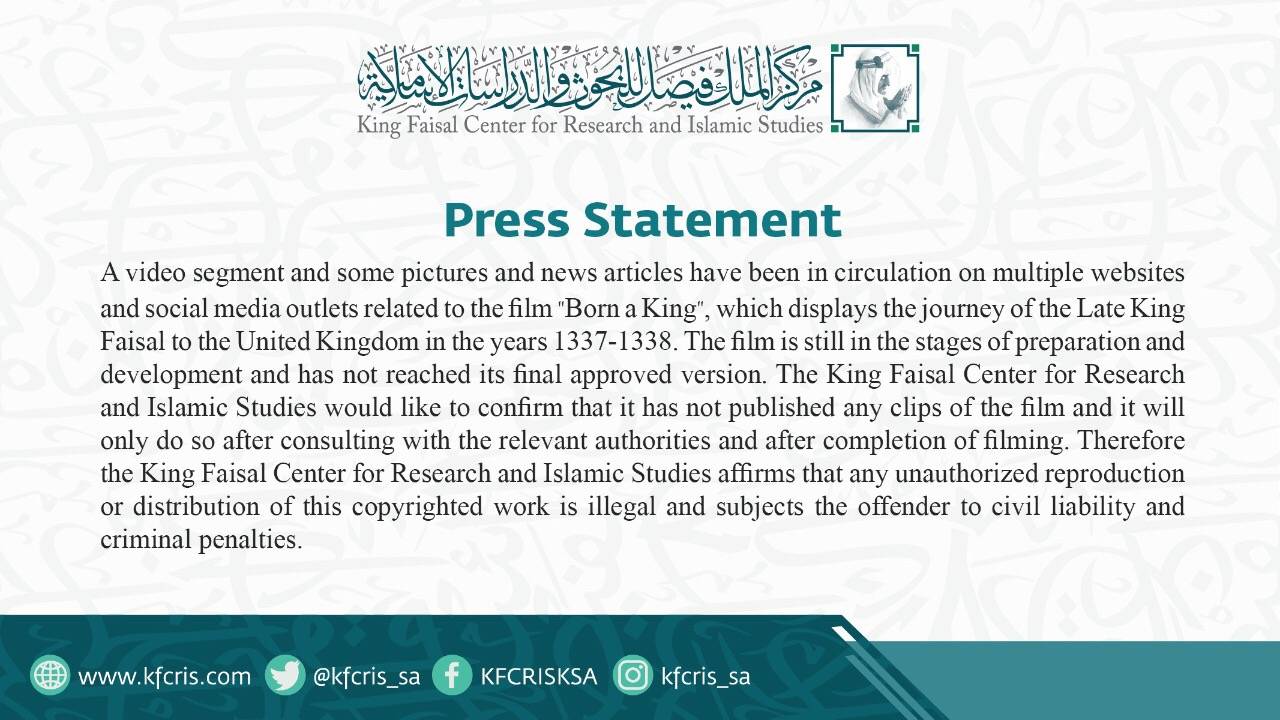 A video segment and some pictures and news articles have been in circulation on multiple websites and social media outlets related to the film " Born a King", which displays the journey of the Late King Faisal to the United Kingdom in the years 1337-1338. The film is still in the stages of preparation and development and has not reached its final approved version. The King Faisal Center for Research and Islamic Studies would like to confirm that it has not published any clips of the film and it will only do so after consulting with the relevant authorities and after completion of filming. Therefore the King Faisal Center for Research and Islamic Studies affirms that any unauthorized reproduction or distribution of this copyrighted work is illegal and subjects the offender to civil liability and criminal penalties.