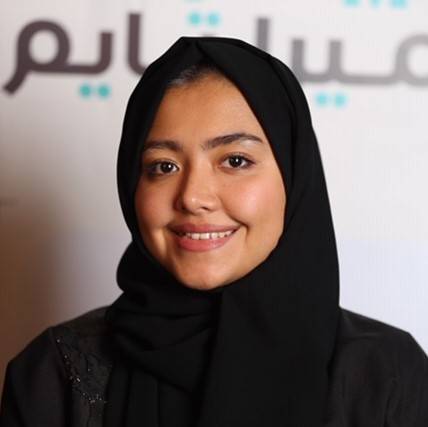 Shahad earned her bachelor's degree in International Affairs and Political Science from Temple University Japan Campus, Tokyo.
She is the first Saudi female to intern in the Japanese Parliament (House of Representatives), where she worked with the Japanese Minister of Education, Science and Technology and then the Japanese government spokesman his Excellency Mr. Hirano Hirofumi.

After that, she has assisted in several research projects on the Middle East at the Asian Population Development Association (APDA) operating under the Asian Forum of Parliamentarians on Population and Development (AFPPD), where she has been trained for several months.

Research Interests:
One of the first Saudi researchers on Saudi-Japanese relations; and is currently conducting a series of studies and research on the Far East.
Japanese Politics, Japan-Middle East Relations, Conflict-Resolution, International Affairs.