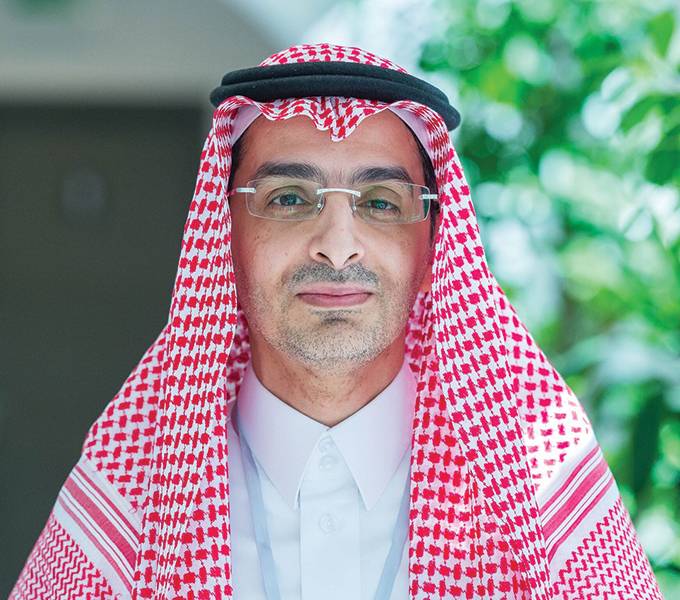 Dr. Al-Sarhan has been the Secretary-General of the King Faisal Center for Research and Islamic Studies since 2016.

He is also a member of the Board of Prince Saud Al-Faisal Institute of Diplomatic Studies at the Saudi Ministry of Foreign Affairs; the Advisory Council for the Countering Terrorism and Extremism Program of the Middle East Institute (Washington DC); and the editorial board of the Asian Journal of Middle Eastern and Islamic Studies.

He received his PhD from College of Social Sciences and International Studies, University of Exeter.

“Aḥmad B. Ḥanbal’s Legal Opinions on the Fight against Bābak’s Uprising: ‘I Don’t Know of Anyone Who Is More Harmful to Islam than He, the Evil Wretch’,” Journal of Abbasid Studies 6, no. 1 (2019).

“Erdoğan and the Last Quest for the Greenmantle,” ICSR Insight (2019).

“The Saudis as Managers of the Hajj,” in Eric Tagliacozzo and Shawkat M. Toorawa (eds.), The Hajj: Pilgrimage in Islam (Cambridge: Cambridge University Press, 2015).

"Al-Nusrah Front Eats Her Mother.. Hay'at Tahrir Al-Sham, The 'Levant Liberation Committee,' Arrests Some of the Leaders of Al-Qaeda: Causes and Results," Commentaries (2017).