The King Faisal Center Participates in Two Workshops at Chatham House in London and Amsterdam
Date: 2018-05-31 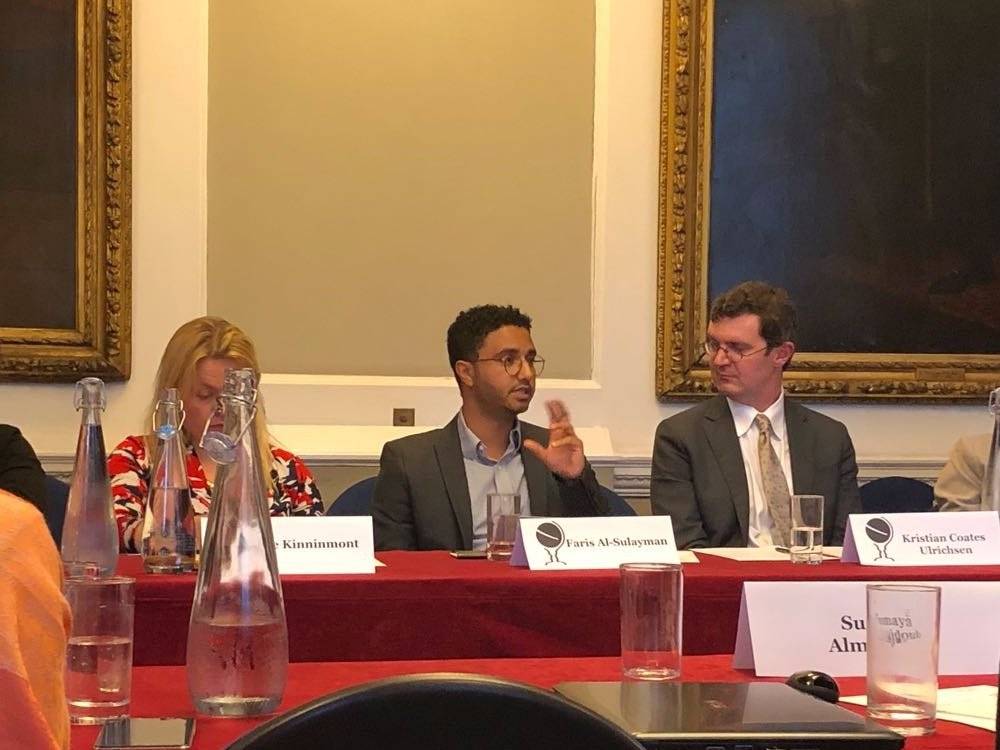 The King Faisal Center for Research and Islamic Studies, represented by researcher Faris Al-Sulayman of the Political Economy Unit, participated in two workshops held by the Royal Institute of International Affairs (Chatham House) in April and May 2018.

The first workshop, "Economic Inclusion and Sustainable Growth: New Perspectives from the Gulf," was held in London on Monday, April 9th 2018, which was part of a wider program supported by the Carnegie Endowment in New York.

In the second workshop, Sulayman presented a research paper entitled "State Relations - Trade and the New Economic Agenda". It was held in collaboration between Chatham House and the University of Amsterdam in Amsterdam on Wednesday, May 2nd 2018, where Sulayman gave a presentation on the economic transformation in Saudi Arabia. Other Gulf researchers from Oman and Kuwait also presented on economic reform in their countries.