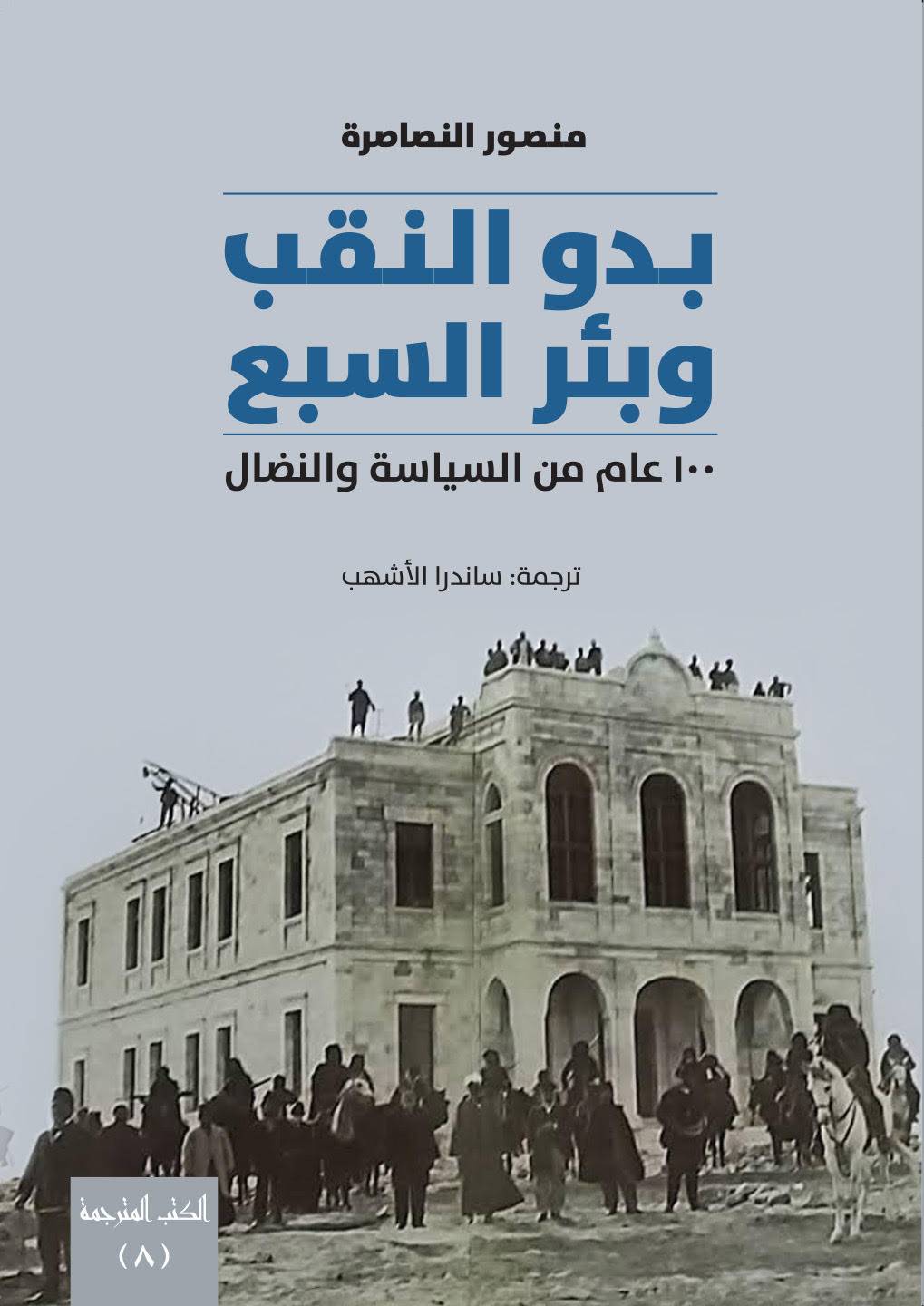 The Bedouin of Negev and Beersheba: 100 years of politics and struggle

The Bedouins of the Negev and Beersheba: 100 years of politics and struggle” (publication of Columbia University Press - New York) is a valuable critical study and an archival document that provides a historical, political, and economic view of the Arabs of the Negev and the district of Beersheba starting from the end of the Ottoman era in southern Palestine and building the city of Beersheba through the British colonial period in the Middle East, to the year of the Nakba and the 1948 war, and right up the period of Israeli military rule until the current situation. The book is based on rare archival documents from London, Oxford, Belfast and Jerusalem, in addition to numerous oral interviews in the Negev, Jordan and the United Kingdom. This book seeks to contribute enriching the scientific and research discussions regarding the Arab Negev and the district of Beersheba through four main axes: First: The book contributes to the ongoing debate about the Arab trade union community in southern Palestine since the late Ottoman era, by addressing the nature of the relationship between them and the Ottoman government in Istanbul (compared to other tribal societies in the Arab world), and the primary focus of the book in the first part is on the policies of the Ottomans Towards Arabs of the Negev from 1900 to 1917, i.e. after the re-establishment of the Palestinian city of Beersheba as a political and administrative center for southern Palestine, and the Crystallization of its relationship with the city of Gaza, Jerusalem and eastern Jordan. Second: The book presents a new and critical understanding of the Britain colonial rule in southern Palestine and its relationship with the Arabs of the Beersheba District, by studying the perception of the colonial powers twoard the clan system in this region and trying to integrate them into the colonial system. Given the dynamics between the colonial state and Arab societies in border areas such as eastern Jordan, Sinai, and Beersheba, and their comparison with how this district was portrayed in Palestinian literature, especially the press, this book sheds a new light on the nature of colonial power relations with the country’s owners in southern Palestine. Third: The most important part of this book provides a broader understanding of the relationship between Israeli governments - and the Palestinian minority, especially in the Negev, during the period of the military rule from 1948 to 1967 until the present time. This central section examines the ongoing discussions on the legal rights of Arabs in the Negev, the Palestinians at home, and the ownership of disputed lands in Israeli courts up to date. By linking the Arab Negev issue and theoretical discussions on the struggle and legal indignity, this book contributes to the continuous development in the field of tribal politics and national minorities in the world and contributes to a process of investigation whether these legal areas help in understanding the issue of the Negev. Fourth: This book completes the discussion about the ongoing struggle of the Arabs of the Negev to recognize their historical rights since the Oslo peace accords to these days. This section focuses on the issue of the Negev since the nineties, and the Israeli plans known today for the Bravar project to displace the populations of entire villages from their lands and the historical mechanisms of steadfastness imposed by the people of the Negev.