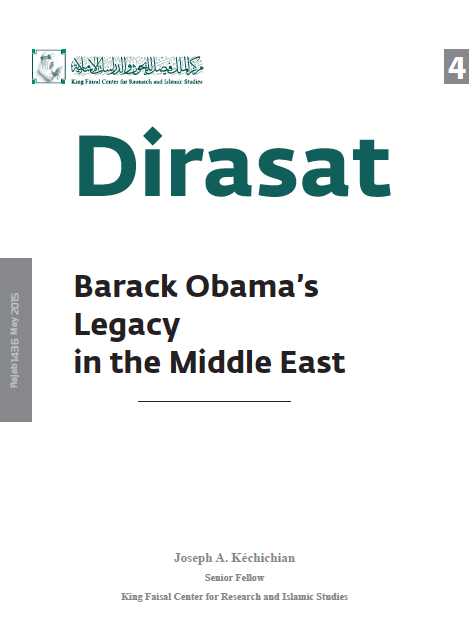 The Obama administration’s record in the Middle East from 2008 to the present included several failed opportunities, although what stood above all else was the lack of urgency to tackle the Arab-Israeli peace process, still the enduring concern that galvanizes Arab opinion. With little hope for any prospects for a revival in the aftermath of a public row between Mr. Obama and Israeli Prime Minister Benjamin Netanyahu, it seems that Obama opted to maintain a critical distance between his administration and perennial Middle Eastern concerns.  Still, three specific issues are identified in this paper that, inter alia, highlight both existing challenges and fresh ones that emerged in the aftermath of the post-2001 wars in the Middle East and the post-2010 Arab uprisings. These are the Question of Palestine and Washington’s peace process efforts, Washington’s putative rapprochement with Iran, and the ongoing civil war in Syria. The paper discusses these issues, highlights the Kingdom of Saudi Arabia’s views, and provides an assessment of varying perceptions between Riyadh and Washington. It concludes with a brief evaluation of security conditions on the Arabian peninsula in the aftermath of Operation Decisive Storm, launched on March 25, 2015 against Houthi rebels in Yemen.