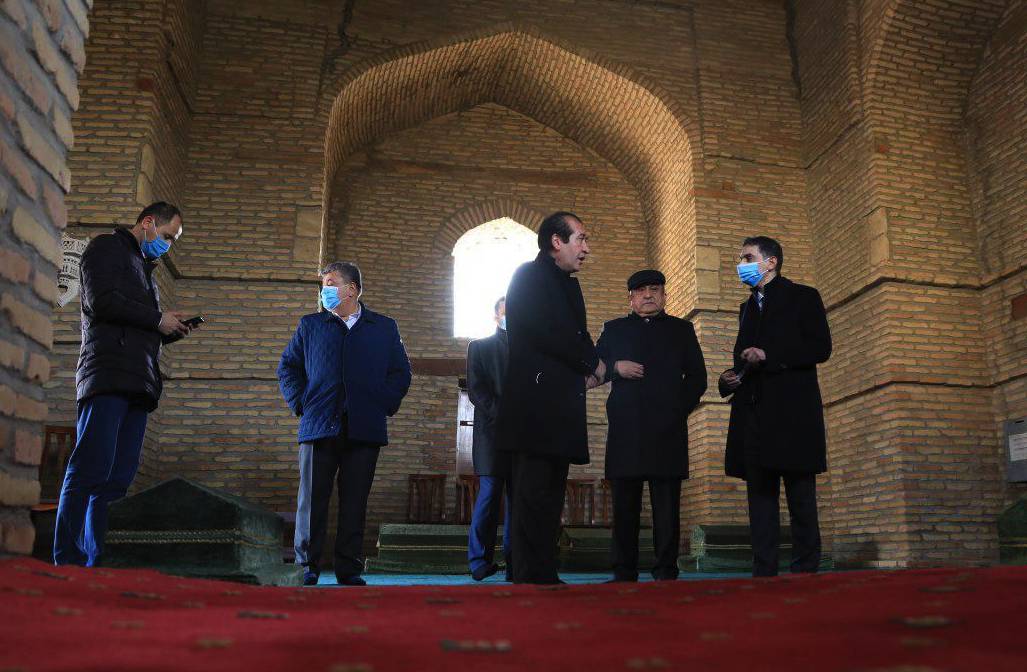 On Saturday January 23, 2021, the King Faisal Center for Research and Islamic Studies (KFCRIS), during the Saudi-Uzbek Investment Forum held in Bukhara, signed a memorandum of understanding (MoU) with the Center of Islamic Civilization in Uzbekistan. In the signing of the MoU, the KFCRIS was represented by its Secretary-General, Dr. Saud Al-Sarhan, and the Center of Islamic Civilization was represented by its Director, Mr. Shoazim Minovarov.

Following the signing ceremony, the KFCRIS delegation visited the Center of Islamic Civilization in Tashkent on Monday Jaunary 25, 2021, where the two centers agreed to build collaborative, strategic, and sustainable relationship for research to serve the common Islamic cultural heritage, and to develop cooperation in multiple fields such as research, exchange of publications, documentation experiences, digitization, and conservation of historical manuscripts which is one of the KFCRIS' major specialties. In this context, the KFCRIS Secretary-General announced that the KFCRIS handed over the Al-Faisal Sterilization Device as a gift to the Center of Islamic Civilization, a device developed at the KFCRIS for the sterilization of books and manuscripts by cooling and in an eco-friendly way.