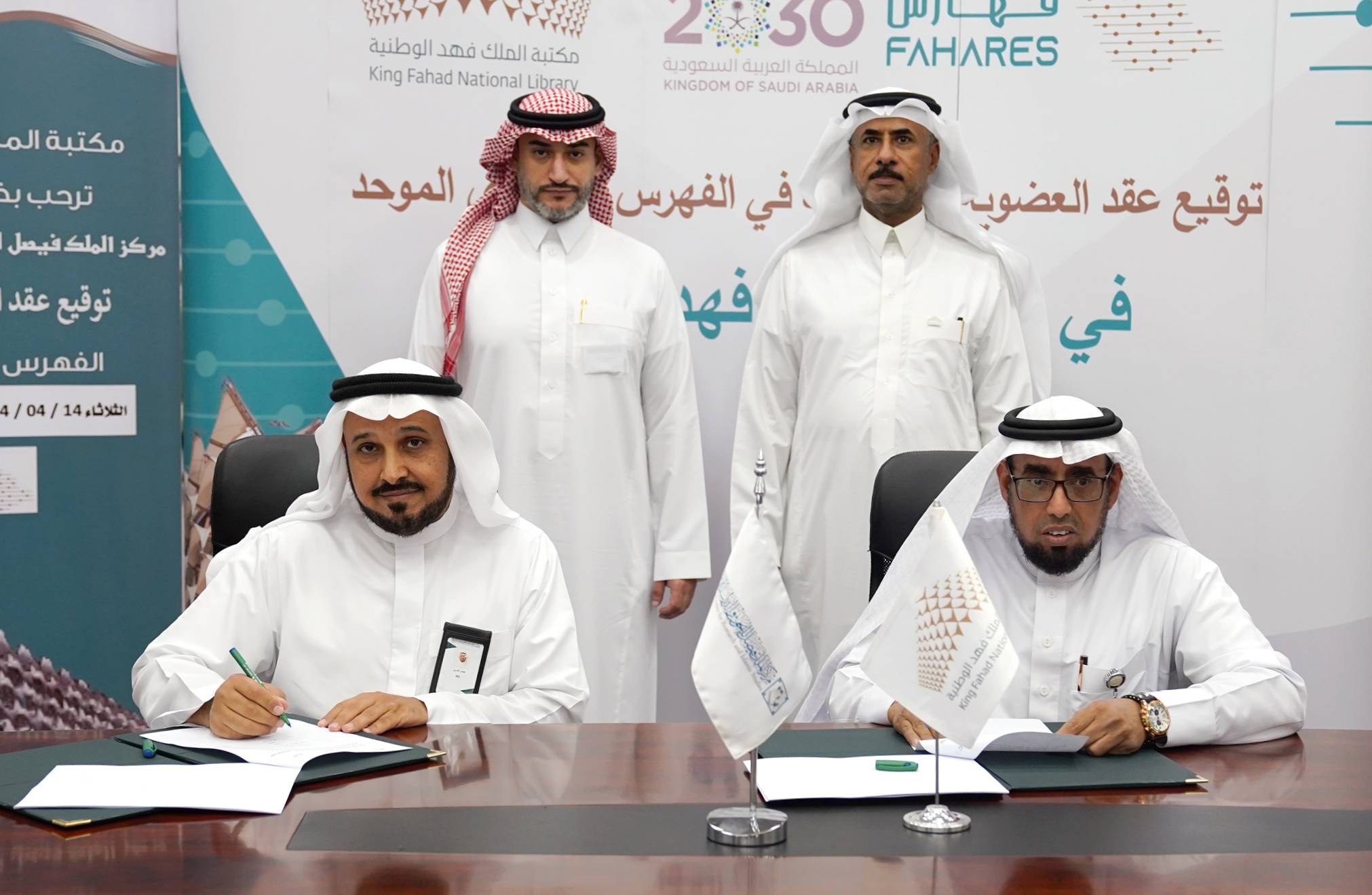 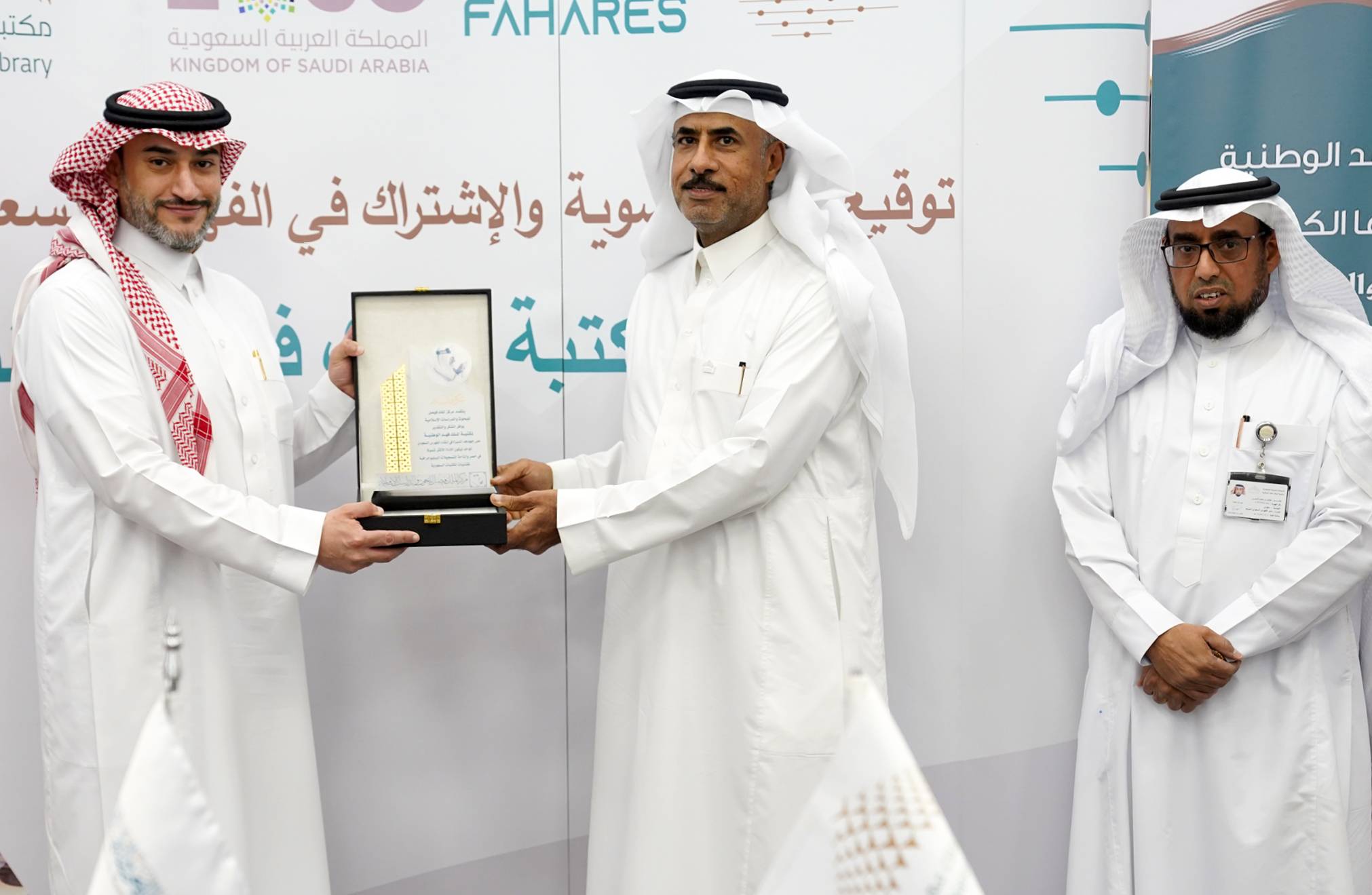 On Tuesday November 8, 2022, the King Faisal Center for Research and Islamic Studies (KFCRIS) signed  a membership agreement of the Saudi Unified Index (FAHARES), with the King Fahad National Library (KFNL), in the presence of the Assistant to the Secretary-General of the KFCRIS, Mr. Ibrahim Aldeghaither and the Deputy General Secretary of the KFNL, Mr. Suleiman Yousef Al-Masoud. In the signing of the agreement, the KFCRIS was represented by the  Director of Al-Faisal Cultural House (Dār al-Faiṣal al-Thaqāfiya), Dr. Habbas Raja’a Alharbi, and the KFNL was represented by the Director-General of the Saudi Unified Index, Mr. Othman bin Muhammad Al-Asmari.

The FAHARES aims at strengthening cooperation among Saudi libraries and information institutions, providing effective and influential services to their beneficiaries, keeping pace with the knowledge age in light of scientific and technological developments, and presenting the increasing Saudi intellectual production at the national and regional levels.