The "FAISAL: A Life at the Heart of the 20th Century" Exhibition in London 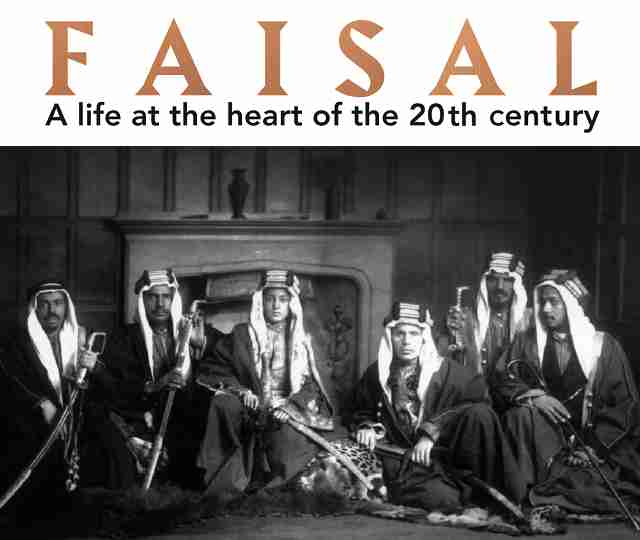 In 1919, the British government invited Abdulaziz bin Abdulrahman Al Saud, the ruler of Najd, to London. Abdulaziz chose his 13-year-old son Faisal to lead the mission to Britain and France on his behalf. The encounter with the world’s most powerful nations at that time inspired the young prince. After his return to Arabia, Faisal helped his father build the nation, which became the Kingdom of Saudi Arabia in 1932. This exhibition, which commemorated the centenary of Faisal's first journey to Europe, took place in the Nash Room at 116 Pall Mall in London between 20 December 2019 and 10 January 2020. Tracing his journey through seven chapters, the exhibition explored how the experience of the journey influenced the young prince, in relation to his character, the way he led his life, and his future role in the Saudi and international history. 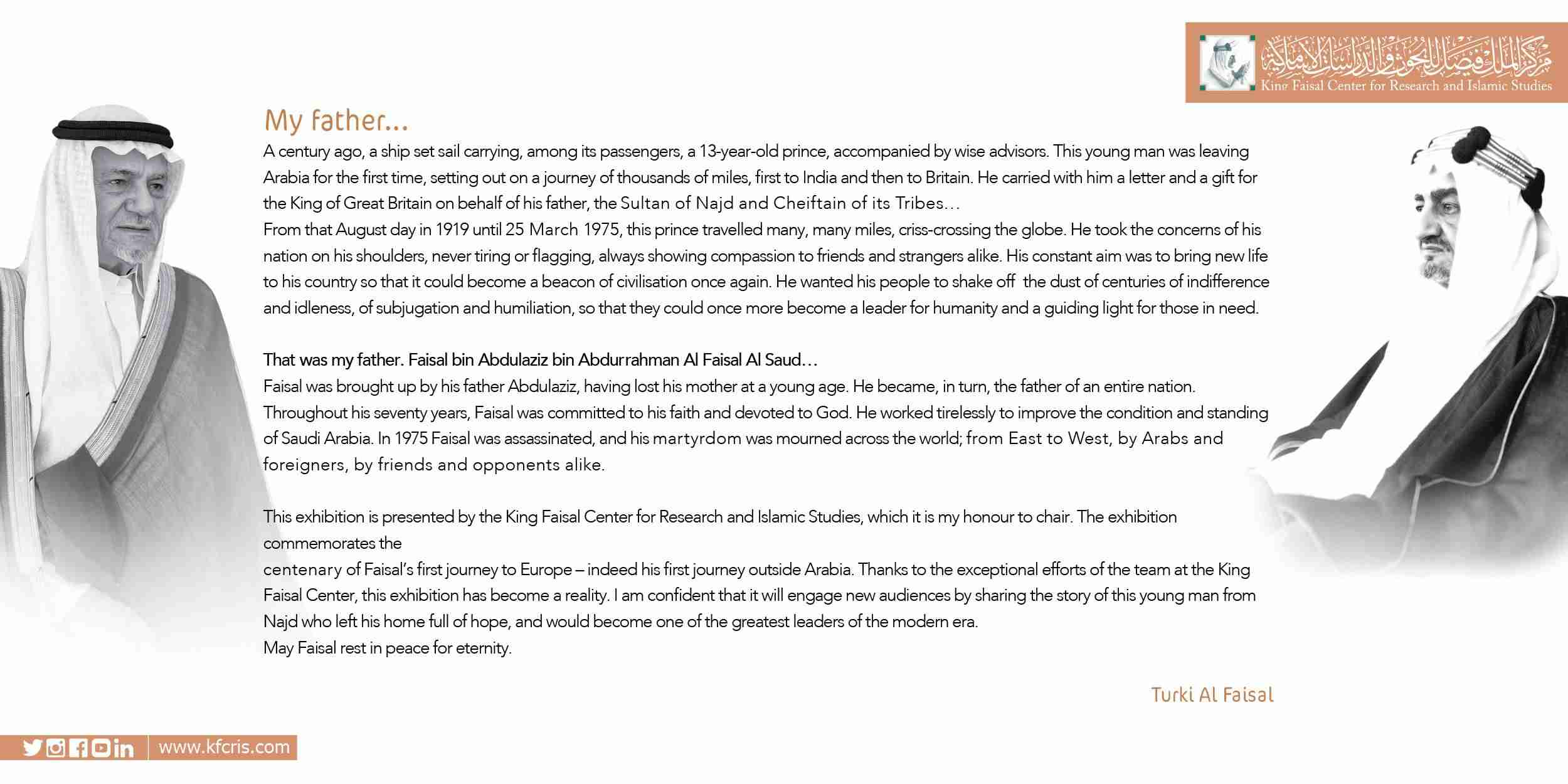