Exhibition: "Shendu.. Depth: The World behind the Lense" 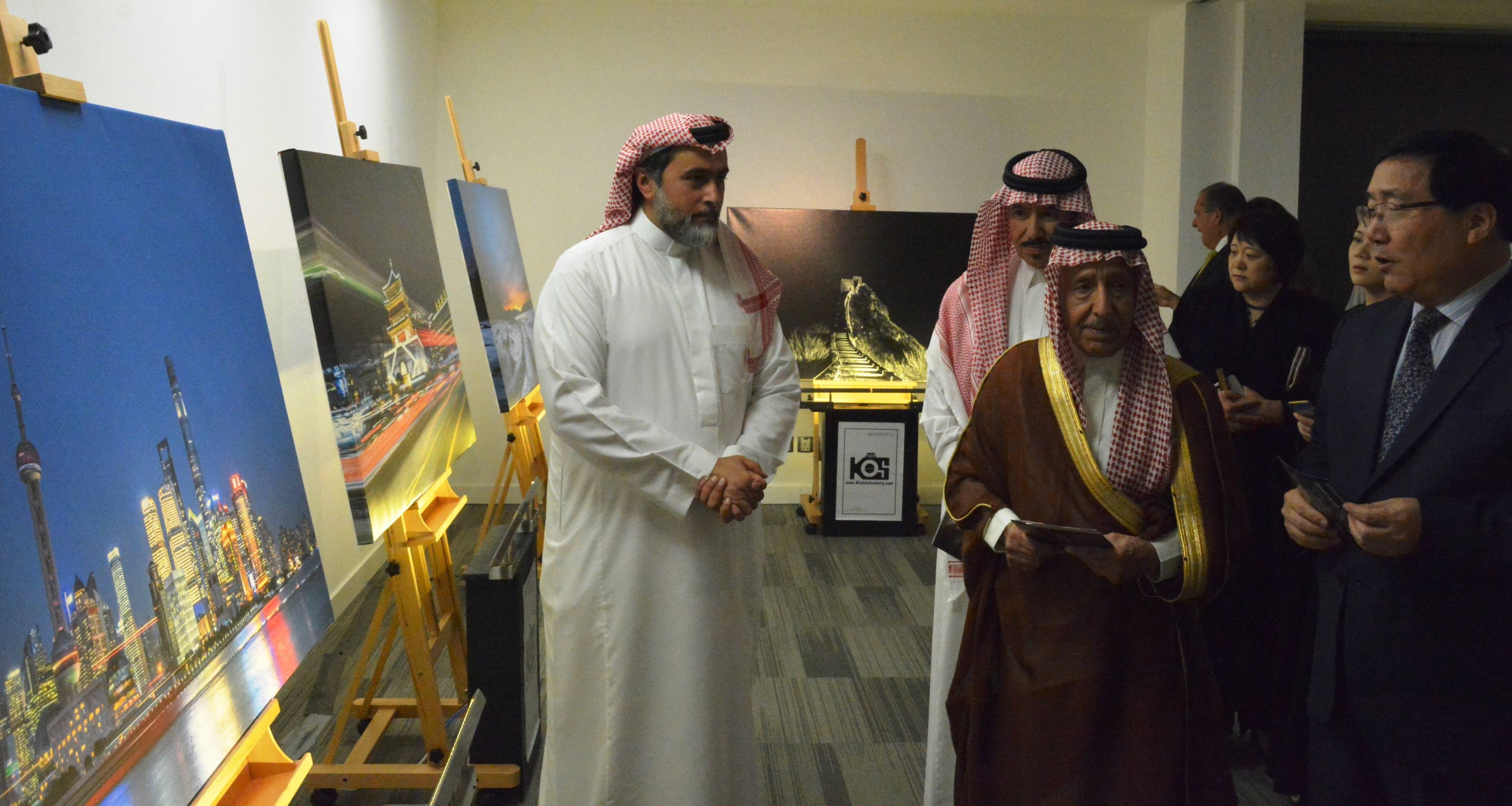 Between 7 and 12 May 2018, the King Faisal Center for Research and Islamic Studies (KFCRIS) hosted the photo exhibition by the Saudi photographer Khaled Al-Sudairy, entitled "Shendu.. Depth: The World behind the Lense." The exhibition, which took place at the Al-Faisal Institute, showcased around 30 photos depicting the landscapes and the historical and cultural areas in China, which Mr. Al-Sudairy had taken during his visit to China in 2017.

The exhibition was opened in the evening of Monday 7 May by Mr. Al-Sudairy and Dr. Saud Al-Sarhan, Secretary-General of the KFCRIS, in the presence of HE the Ambassador of the People's Republic of China to the Kingdom of Saudi Arabia Li Huaxin. Mr. Al-Sudairy expressed his gratitude to the KFCRIS for hosting the exhibition and shared his story of taking photos in China where he had wandered in some cold areas with subzero temperture in winter.

Dr. Al-Sarhan said that photos were more than thousand words in conveying messages and disseminating visual culture. He stressed that the photo exhibition was an important artistic tool for knowledge and cultural exchange between peoples and represented a cultural bridge between the Kingdom and China. He emphasized that the KFCRIS was keen on supporting cultural events and creative ideas.

Ambassador Li expressed his admiration and gratitude to Mr. Al-Sudairy, who transmit beautiful images describing the history, geography, and culture of China. He extended his invitation for Saudi photographers and travelers to visit China and learn closely about its people and cultural life. He also praised the initiative of the KFCRIS, saying that it deepened the partnership and the development of human and cultural relations between China and Saudi Arabia.