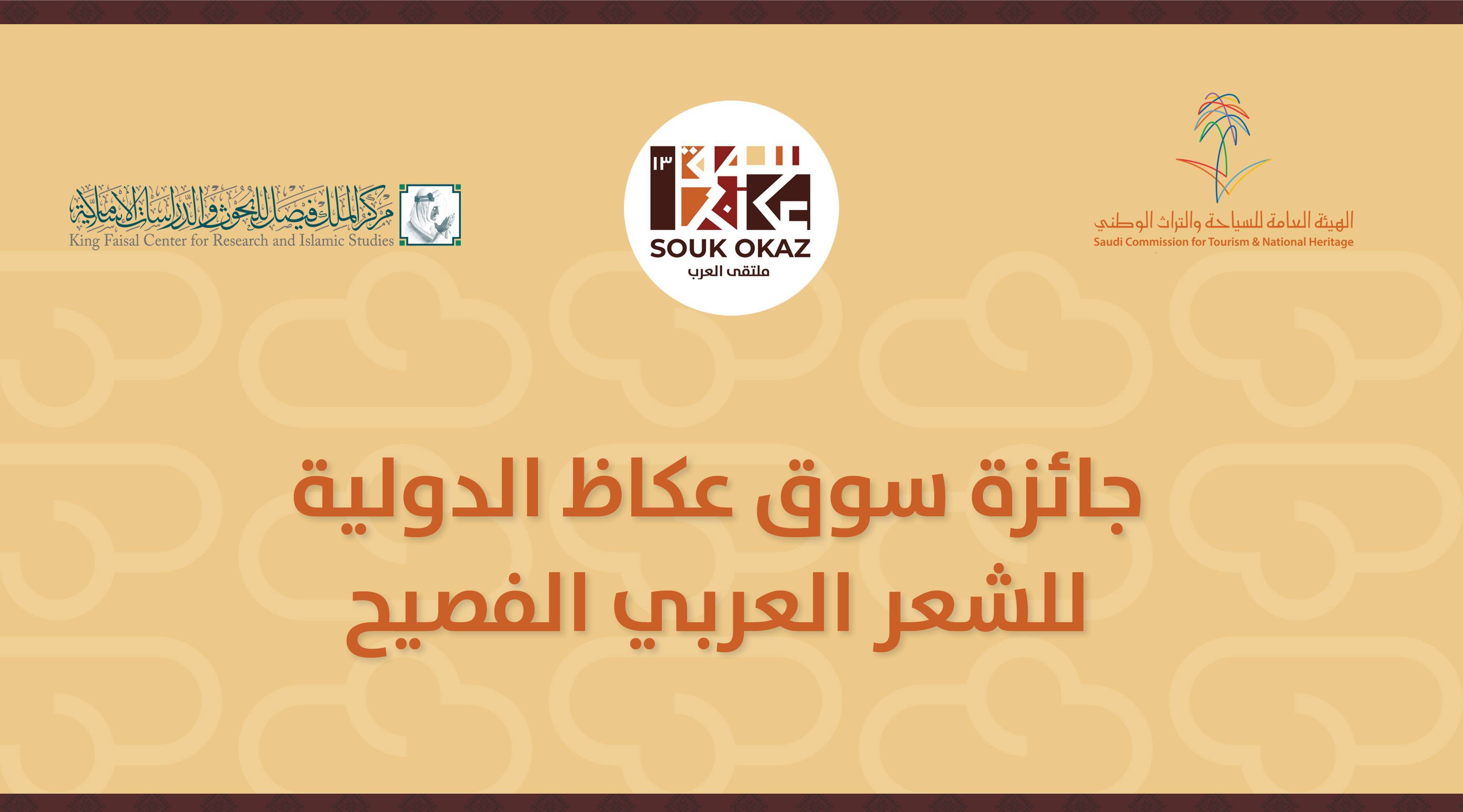 The King Faisal Center for Research and Islamic Studies (KFCRIS) cooperated for the Souk Okaz International Prize for Arab Poetry, which was organized by the Saudi Commission for Tourism and National Heritage for the 13th edition of the Souk Okaz Festival in Ta'if in August 2019. The Prize was filmed and televised for the first time in history. The results were announced in the presence of HRH Prince Khalid AlFaisal, Governor of Makkah. The Saudi poet Muhammad Ibrahim Yaqoub was crowned "Okaz Poet." The Yemeni poet Abdullah Obaid came in second, and the Saudi poet Shteiwi Al-Ghithi third.

The contestants submitted in advance at least one published poetry collection, three poems, and a video clip reciting one of their poems. 22 poets from 12 countries passed the preliminary qualification and joined the competition at Souk Okaz in Ta'if, where 10 finalists were selected among them. The finalists recited their poems, wrote a poem on a topic selected by the committee, and also improvised a specific number of verses on a topic selected by the committee. The refereeing committee included three expert critics: Dr. Saleh Zayyad Alghamdi, Professor of Literary Criticism at the King Saud University; Dr. Rashid Yahiaoui, Professor of Literature and Criticism at the University of Agadir in Morocco; and Dr. Ali bin Jafer Alallaq, a poet and academic from Iraq.

Dr. Saud Al-Sarhan, Secretary-General of the KFCRIS, described the Souk Okaz Festival as a unique Arab-Saudi cultural event bringing together Arab creators, intellectuals, writers, and thinkers. Dr. Al-Sarhan expressed his appreciation of the Saudi state's interest in Souk Okaz as one of the most important and oldest cultural markets in the Arabian Peninsula, and the efforts of the Saudi Commission for Tourism and National Heritage in organizing and developing the market’s activities. He explained the historical significance of the market, which witnessed the most famous ancient Arab poets competing to present their best poems at this site, adding that the Souk Okaz International Prize for Arab Poetry had become the focus of Arab intellectuals. 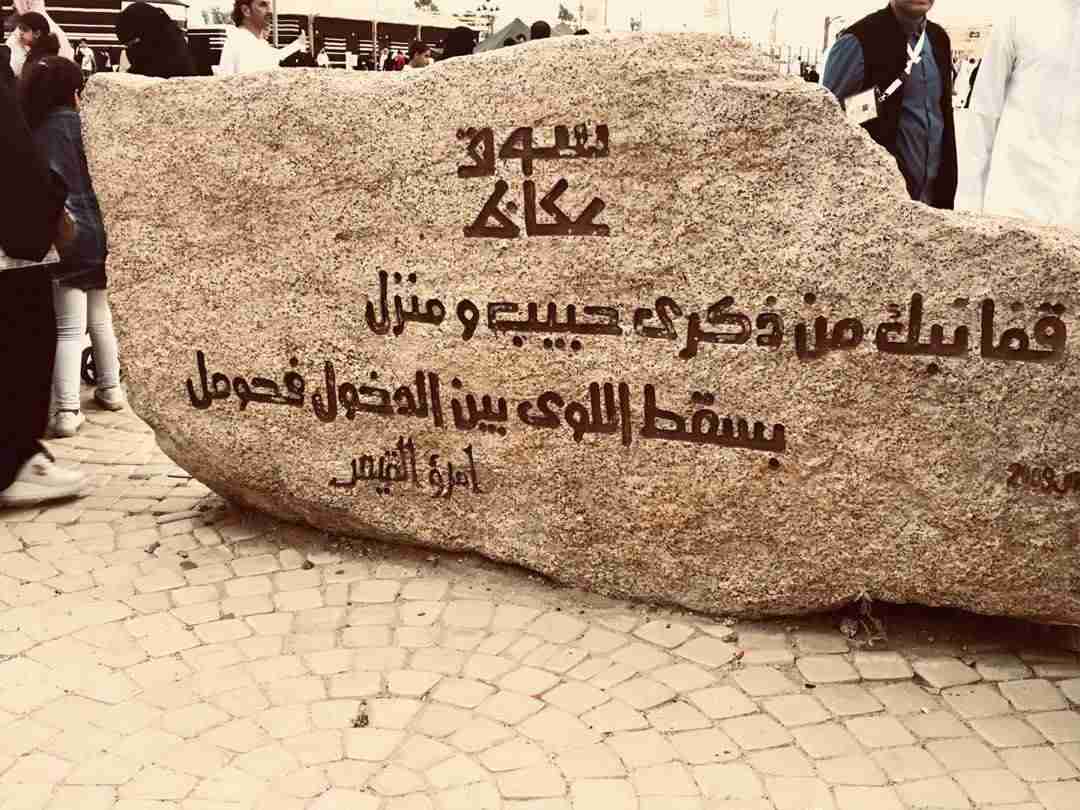