Lecture: Intellectual Life in Medina from the Eleventh to the Fourteenth Century 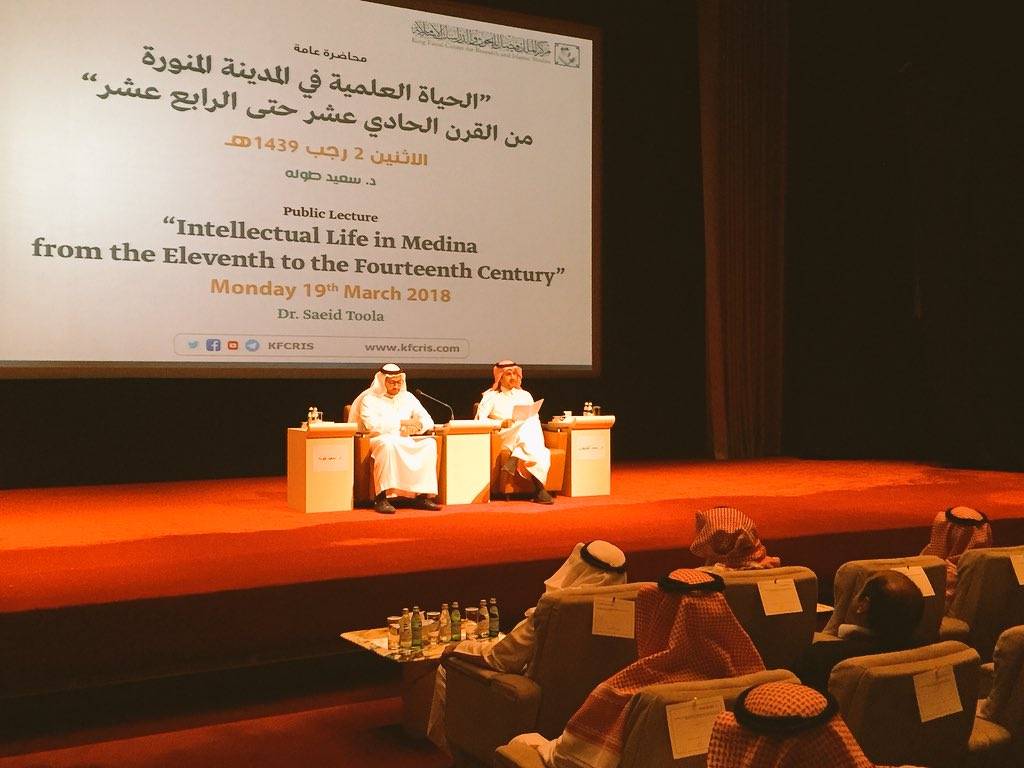 The King Faisal Center for Research and Islamic Studies held a lecture on March 19th, entitled: ""Intellectual Life in Medina From the Eleventh to the Fourteenth Century" presented by Dr. Saied Toola. It was attended by KFCRIS Secretary-General, Dr. Saud Alsarhan, and a number of diplomats and academics, as well as those interested in culture and history.

Dr. Saied Toola confirmed that Medina was present historically and scholarly, and was not - as some researchers think - away from the historical intellectual presence, but was far from the cultural stagnation. This intellectual presence emerged through the migration and transfer of scholars to Medina, attracting hundreds of scholars from multiple countries. In the last four centuries, multiple schools of thought have spread throughout the city.

During the lecture, Dr. Saied delved deeper into the reasons for these migrations and the different schools of thought within the city.