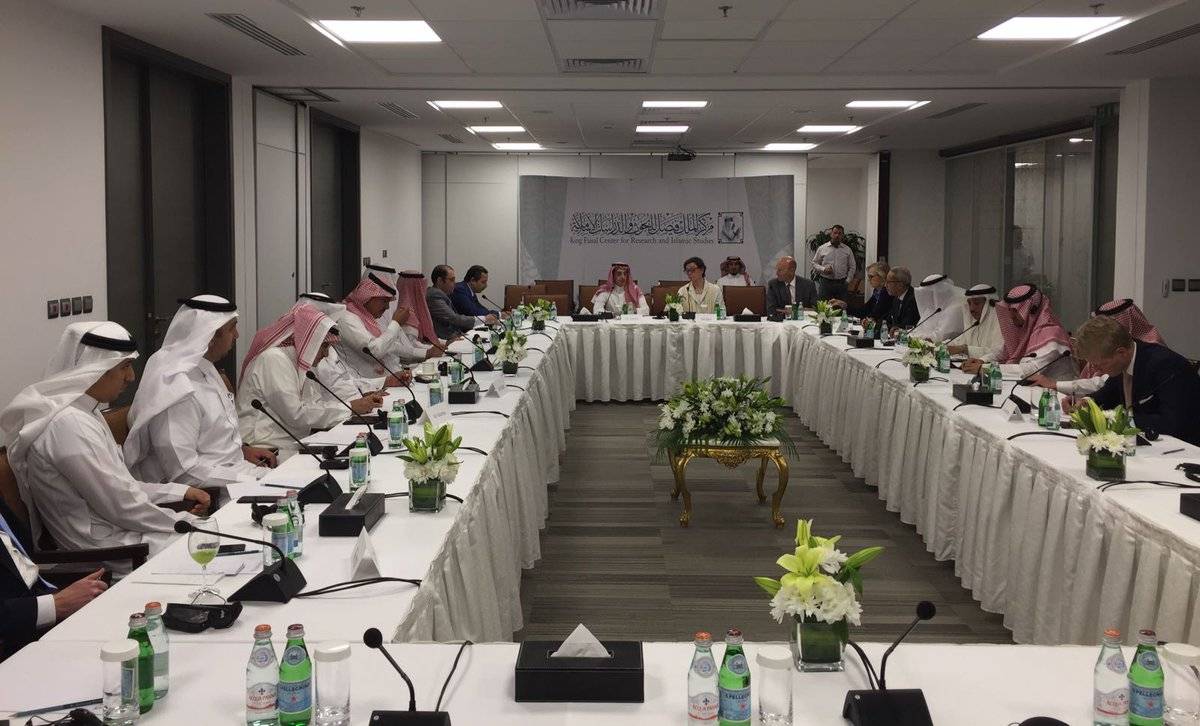 The King Faisal Center for Research and Islamic Studies hosted the Swedish State Secretary of Foreign Affairs, Ms. Annika Söder, where she participated in a specialized panel discussion held by the Center on Tuesday, March 20th, 2018, entitled: "The Middle East Peace Process." KFCRIS Secretary-General, Dr. Saud Alsarhan was in attendance, along with a number of Arab and foreign politicians and diplomats.

Söder stressed that Saudi Arabia is an internationally active country and has an important role in this regard, in addition to other Arab countries along with the League of Arab States.