Lecture: Are International Organizations a Game? 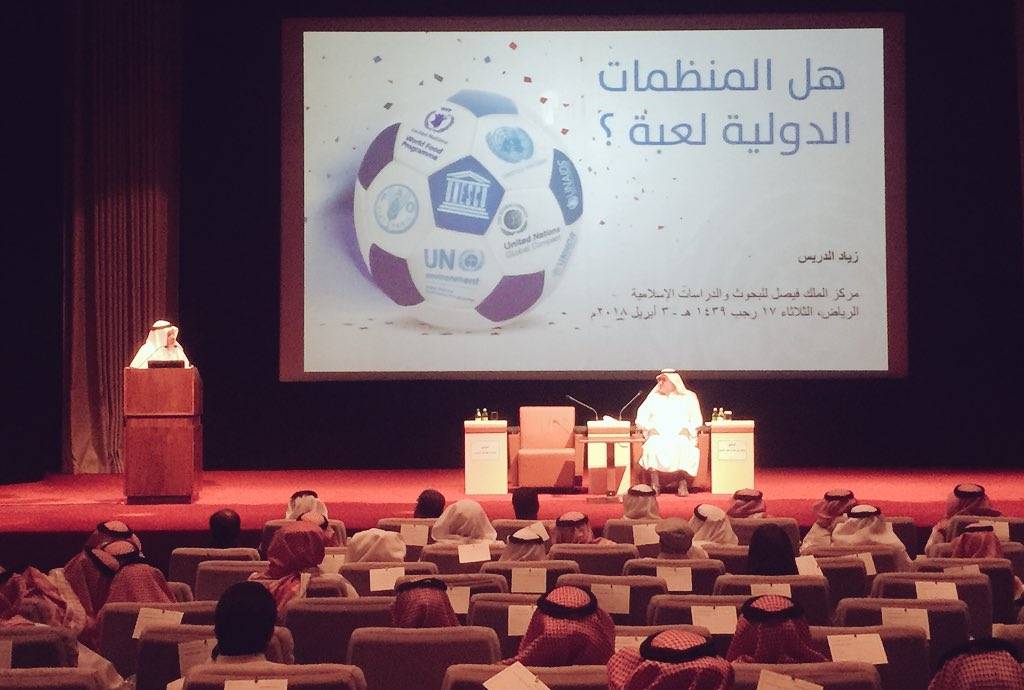 The King Faisal Center for Research and Islamic Studies hosted a lecture entitled: "Are International Organizations a Game?" presented by Dr. Ziad Aldrees, who was a Permanent Delegate to the Kingdom of Saudi Arabia to UNESCO for 10 years. The lecture was attended by Prince Turki Alfaisal, Chairman of the King Faisal Center, as well as number of academics, diplomats, and political experts.

During his lecture, Aldrees stressed the need for Arab countries to have an organization like UNESCO. He also spoke about Palestine's attempts to join UNESCO for twenty years, but finally getting recognition and becoming a full fledged state. He explained that Saudi Arabia stood with UNESCO  for several steps, with the most important ones being the years 1945 and 1984 when the United States withdrew because of the appointment of a Muslim president, as well as 2012, when the US refused to pay its financial share because of the accession of Palestine to the organization.

Near the end of his lecture, Aldrees said: "International organizations are not a game! But it is a playground in need of work and an effective and lasting diplomatic consultation."