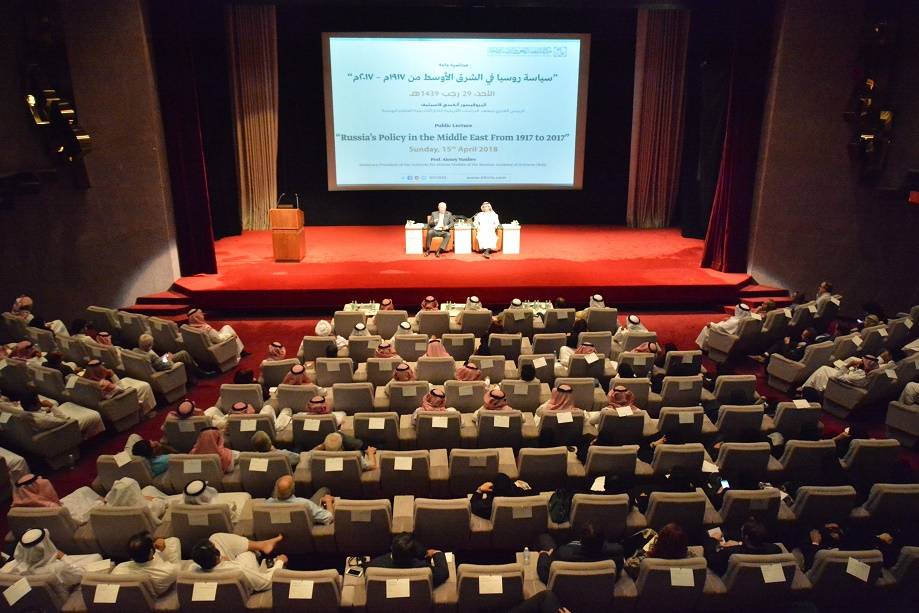 At the beginning of his lecture, Prof. Vasiliev said that the Soviet Union was the first international body to recognize the Saudi state (Najd and Hijaz) when it was founded, which then received Prince Faisal. He also explained that the region of the Middle East was outside of the former Soviet Union’s sphere due to the fact that Saudi-American relations have been good since its inception and the discovery of oil. It was not possible for Russia to obtain such relations.

Prof. Vasiliev discussed the role of Russia in the International order and how it's perceived. He later discussed the issue of Syria, in which he said: "The Russian intervention came in Syria because the Syrian regime was about to collapse, and the organization would come under the control of Daesh, which could have moved to Lebanon and then other Arab countries. Russia intervened to preserve the state entity."

He also spoke about his latest book: "From Lenin to Putin: Russian Policy in the Middle East” has been published in Russian, Arabic, and English. The book  deals with 100 years of history and covers the most significant events in the region.

The lecture ended with a question and answer segment.