Panel Discussion: The Foreign and Domestic Policies of US President Donald Trump - A Critical Appraisal 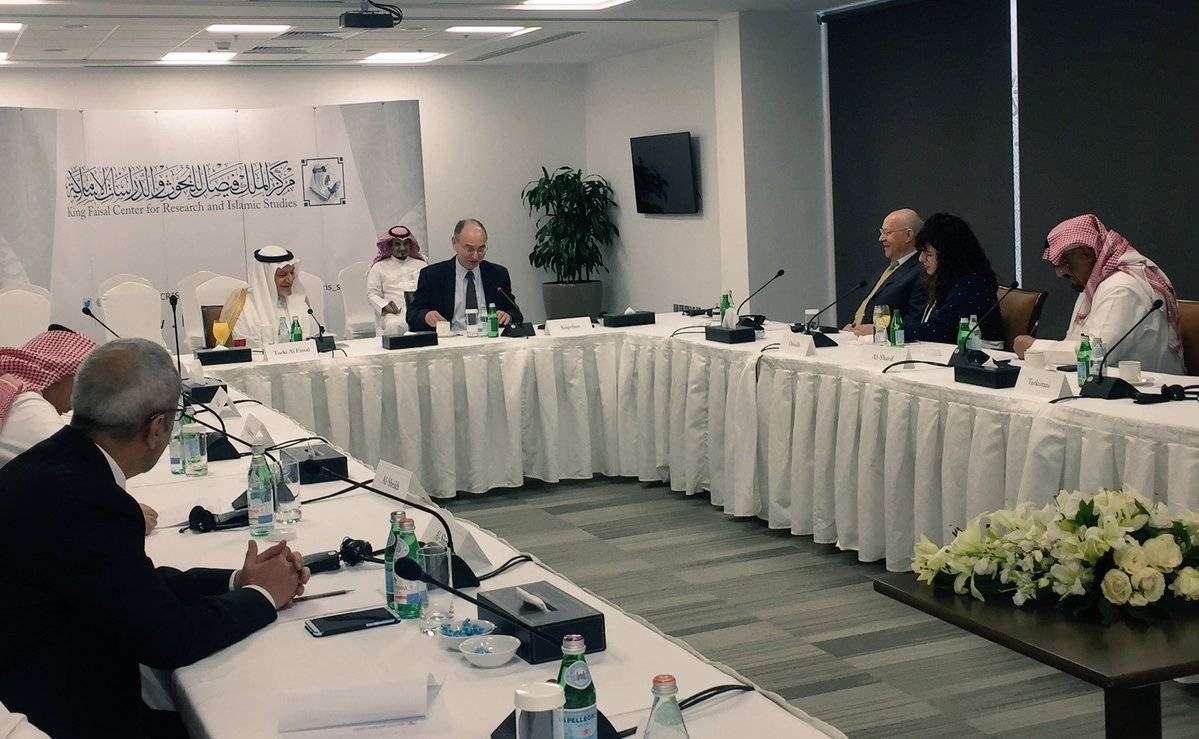 The King Faisal Center hosted a panel discussion entitled: "The Foreign and Domestic Policies of US President Donald Trump: A Critical Appraisal," moderated by Cliff Kupchan, Eurasia Group's chairman, with attendance by Prince Turki Alfaisal, the Chairman of KFCRIS.

During the panel, Kupchan expressed the idea that the United States is entering a state of geopolitical recession: a period of heightened instability characterized by a lack of leadership. He also explained that America's exit from Syria and leaving it to Russia will lead to more political vacuum and further weakening of stability in the region.

He discussed US President Donald Trump's domestic and foreign policies and how they pertain to the state of the international order and how the country is perceived.

"In terms of domestic economics, Trump is doing well," he said. "It will help him in any upcoming election. But there are still risks in foreign policy."

He also explained that the next US president has to deal with technical developments such as automation, robotics, globalization and others, unlike Trump, who has never mentioned a word like automation during his campaign.

The panel discussion concluded with an open dialogue between the speakers and Cliff Kupchan. They discussed the state of the international order, US foreign policy, and Russian relations.