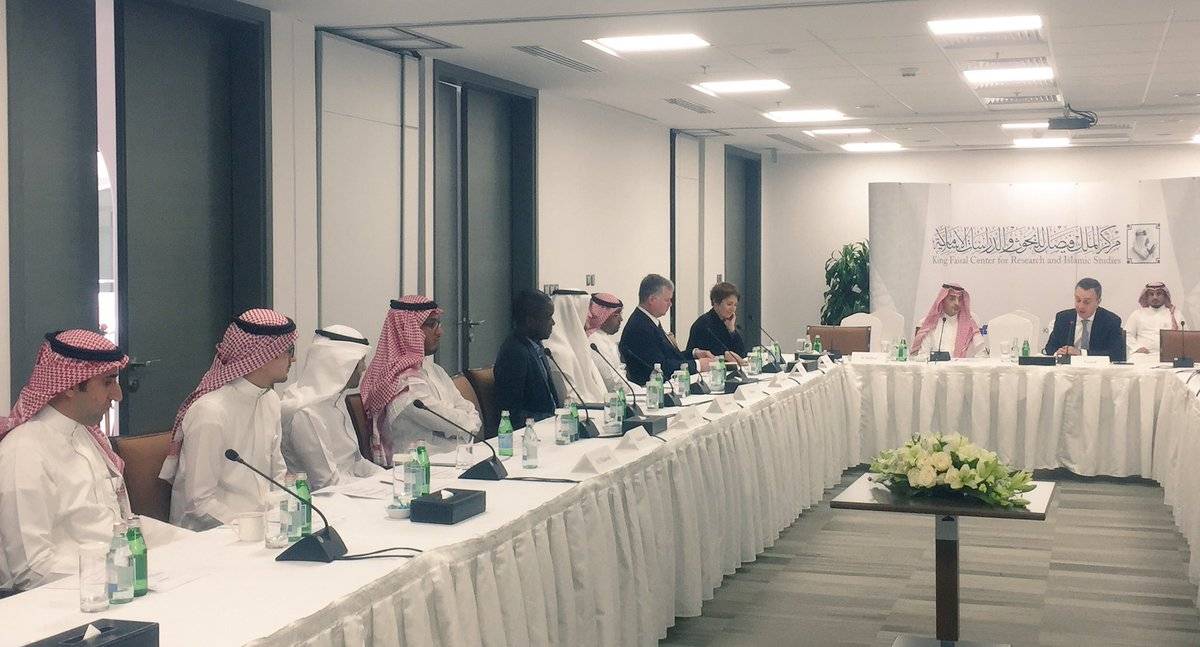 The King Faisal Center for Research and Islamic Studies hosted a workshop on Thursday, April 12th 2018, entitled: “Saudi-American Dialogue: A Younger Generation’s Perspectives,” in cooperation with the Rafik Hariri Center for the Middle East at The Atlantic Council.

The second panel was moderated by KFCRIS researcher Sara Youssef, entitled: “Regional Security.” The speakers discussed the role of Saudi Arabia as an international actor and the differences between how it operates now and then. They also discussed the United States’ strategy to the spreading of Iranian influence in the region, Saudi’s role in stopping the Houthis, and the need for a shared strategy.

The third and final panel was moderated by Wally Adeyemo of the Center for Strategic & International Studies, entitled: “Saudi-US Relations.” The speakers discussed the role of women empowerment in Vision 2030 and whether the United States can help the Kingdom in achieving its goals. They also discussed the differing views that Arab states have towards peace solutions in Syria and the challenges that may come with that.

The workshop concluded with an open dialogue between the attendees.