Panel Discussion: Geopolitical Developments in the Horn of Africa and the Red Sea Region 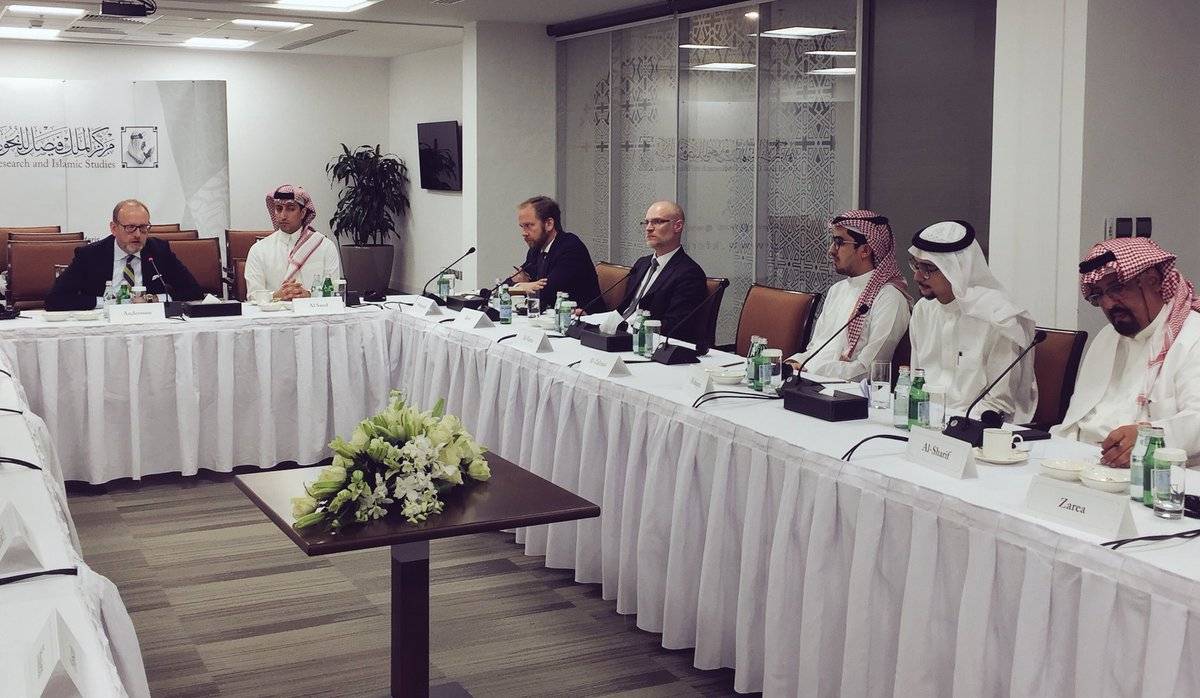 The King Faisal Center for Research and Islamic Studies held a panel discussion entitled: "Geopolitical Developments in the Horn of Africa and the Red Sea Region", with the participation of Ambassador Urban Andersson, Special Envoy of Sweden for the Horn of Africa, and Dr. Abdullah bin Khalid Al-Saud, Director of Research Department at KFCRIS.

The Ambassador spoke about the strategic, economic and military importance of the Horn of Africa region, which is of vital importance because it overlooks the Indian Ocean and the southern entrance of the Red Sea, where the Bab al-Mandab Strait is located, noting that it controls the global trade route coming from Asia and the Persian Gulf, the Strait of Bab el Mandab and then to the Suez Canal and down to Europe.

The panel ended with an open dialogue between the audience and Ambassador Urban Andersson on ideas that could be presented regarding the stability of this region and overcoming political and security obstacles.