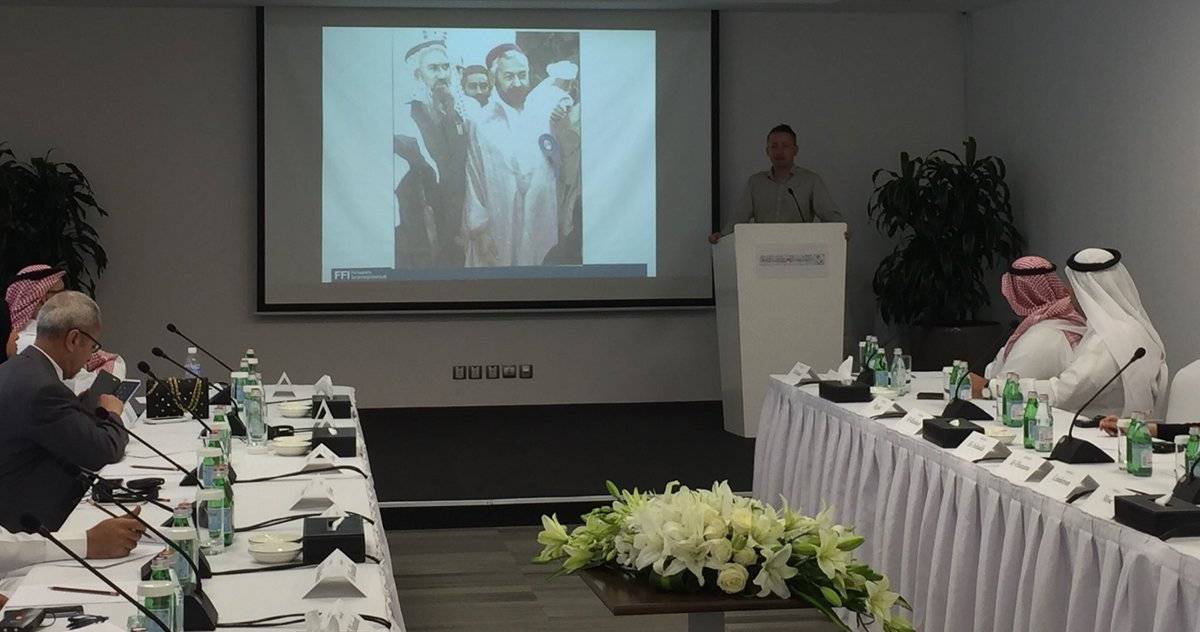 KFCRIS held on Sunday, July 16, 2018, a panel discussion entitled "Forrest Gump of Islamism: The Life and Ideas of Sheikh Abdallah Azzam". With the participation of Thomas Higgammer, a senior researcher at the Norwegian Defense Research Establishment, and an assistant professor at Oslo University, in the presence of the Secretary-General of KFCRIS Dr. Saud Al-Sarhan, and a number of academics and researchers.

Higgammer spoke about the life and activities of Azzam since the beginning of his life and his primary studies, leaving Palestinian town of Jenin because of the Israeli occupation, arrival in Amman the capital city of Jordan as a refuge, then moving to Saudi Arabia and Egypt for pursuing further studying, and finally, the stage of his arrival to Afghanistan.

Higgammer discussed the shifts of Azzam’s ideas during these stations in his life. Also, Azzam’s meetings and political and religious activities.

The panel was ended with an open discussion among the audience and the Norwegian researcher.