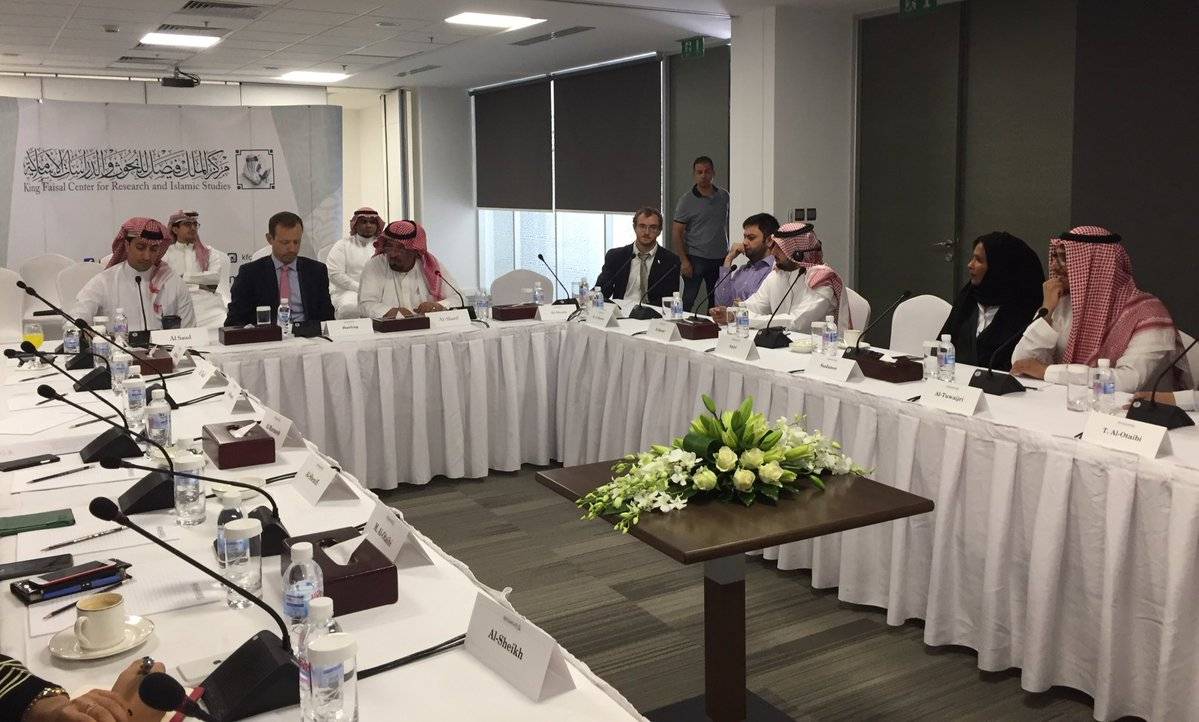 The King Faisal Center for Research and Islamic Studies held a panel discussion on "Socio-Economic Dynamics in Lebanon" on Monday, September 17 2018, with the participation of Peter Harling, Founder and Director of Synaps, and Abdullah bin Khaled Al-Saud, Director of Research at KFCRIS. A number of researchers and academics were also in attendance.

The seminar discussed the current economic situation in Lebanon, the status of the labor force and trade, as well as the challenges facing the Lebanese banking sector. It also focused on Arab political and economic changes that affected Lebanon and Lebanese society in several areas, including politics, education, the environment and even the psychological makeup of the population.

The panel ended with an open discussion between the moderators and the participants.