Lecture: The Future of Paper Journalism in the Arab World 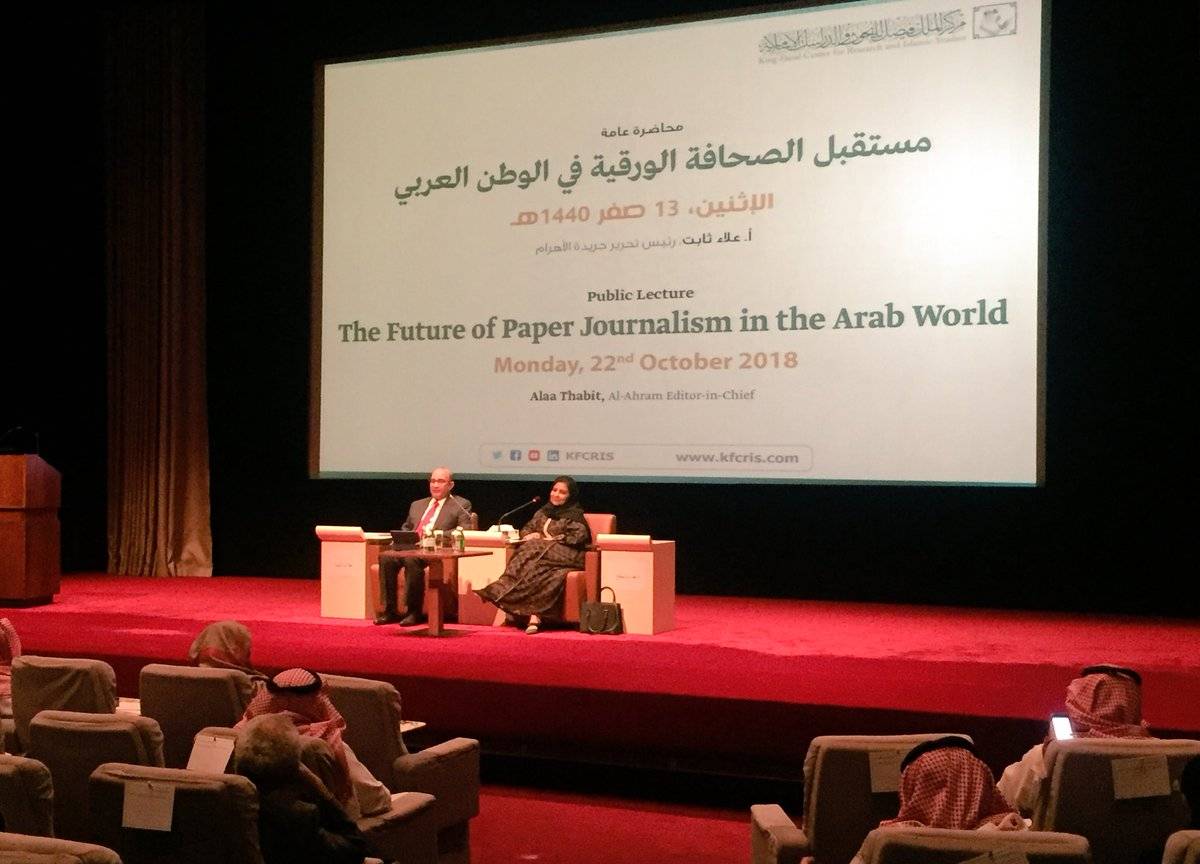 The King Faisal Center for Research and Islamic Studies hosted a lecture by Alaa Thabet, editor-in-chief of the Egyptian newspaper Al-Ahram, entitled: "The Future of Paper Journalism in the Arab World." It took place at the King Faisal Foundation building on Monday, October 22nd, with attendance by KFCRIS Secretary-General Saud Alsarhan, along with a number of academics and members of the public.

Alaa Thabet rejected some Western views that expect the paper-based press to finally end in the world in 2043, stressing that the paper press will not end. He explained that any modern media does not lead to the extinction of older means, and the electronic press does not cancel the paper press.

He pointed out that the budgets of advertising in the Arab world has recently decreased from more than $ 2 billion in 2010 to $ 1.7 billion in 2015. The share of daily newspapers was 45% and fell to 32% in 2015. The most affected countries were Egypt, And the UAE. He pointed out that about 50% of paper newspapers in Egypt have been closed over the past five years in return for the emergence of a large number of electronic news sites. The distribution of newspapers has decreased from 2.5 million copies per day to nearly 400,000 copies recently, with Lebanon being the most famous ambassador.

He said: "Newspapers continue to attract some advertisers, especially government announcements, international institutions, banks, tenders, etc., despite the decline in the distribution of paper newspapers in the Arab world and the decline in readership."

Alaa Thabit presented a set of solutions for the paper press to confront the digital press, including the need for newspapers to diversify their media activities and content, as well as training editors to deal with the needs of the digital age with all its modern tools. He also stressed the need to pay attention to what the public wants from a variety of topics, the development of journalism services, and interaction with readers.