Lecture: The 150th Anniversary of the Meiji Restoration - A Look at Japan's Modern Development in the Nineteenth and Twentieth Centuries 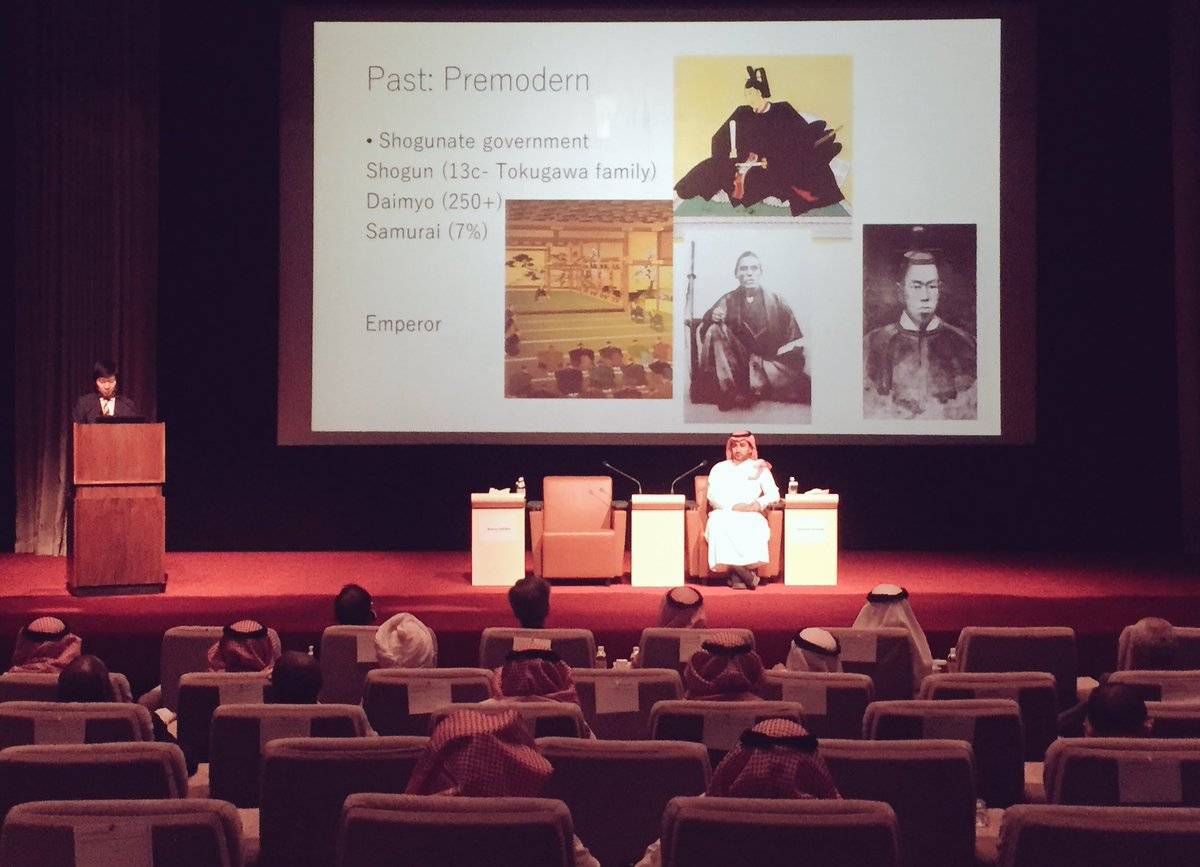 Japanese researcher Kaoru Iokibe: Japan has witnessed the first external influences, and the rapid social and political modernization when it docked four warships from the American fleet on its shores in 1853, and that since 1868 was engaged in the establishment of the new system on the path of reform aimed at creating a modern state until it reached the point of present day modern development.

The lecture was presented by Professor Kaoru Iokibe of the Graduate School of Law and Politics of the University of Tokyo, entitled "The 150th Anniversary of the Meiji Restoration: A Look at Japan's Modern Development in the Nineteenth and Twentieth Centuries." A number of academics and members of the public were in attendance.

Iokibe noted that Japan's Meiji era marked the beginning of modernization reforms and the flourishing of the writing, education and manufacturing community, as well as Japan's entry into the circle of international relations. Since 1871, a new era began in Japan's attempts to know more of the outside world, especially Europe and America, where the state took the political and economic reforms, and the most important reforms in education successively in the years following the Meiji era, which led to the renewal of the construction of Japanese society as a whole.

During this period, Japan witnessed several important political updates in its long history, the most important of which were the emergence of intellectual currents, civil associations, government and parliamentary reforms that led to the establishment of a unified state and harmonious society, improved industry, education and income programs. Japanese modernity became special and unique, which was based on internal factors of Japanese depth rather than openness to the West.

Iokibe said that the lessons learned from the Japanese experience is not to rush to try to change, but to give the time to control it. He also said that Japan had no natural resources. Instead, it focused on improving human resources, which were vital to its development and prosperity, and later on to understand and accept them for modernization and change in those years.

Kaoru Iokibe is a professor at the Graduate School of Law and Politics of the University of Tokyo. He is also a member of the Japanese Political Science Association, the Japan Association for Comparative Policies and the European Association of Japanese Studies. His research interests include Japan's political and diplomatic history, and his published books include: Review and revision of the Meiji Treaty: Opportunities and Possibilities for Unification of Jurisdiction and National Unity, and Okuma Shigenobu and Party Policy: Origins of the Multiparty System, 1881-1914.