Lecture: The Foreign Policy of the "Divided" States of America 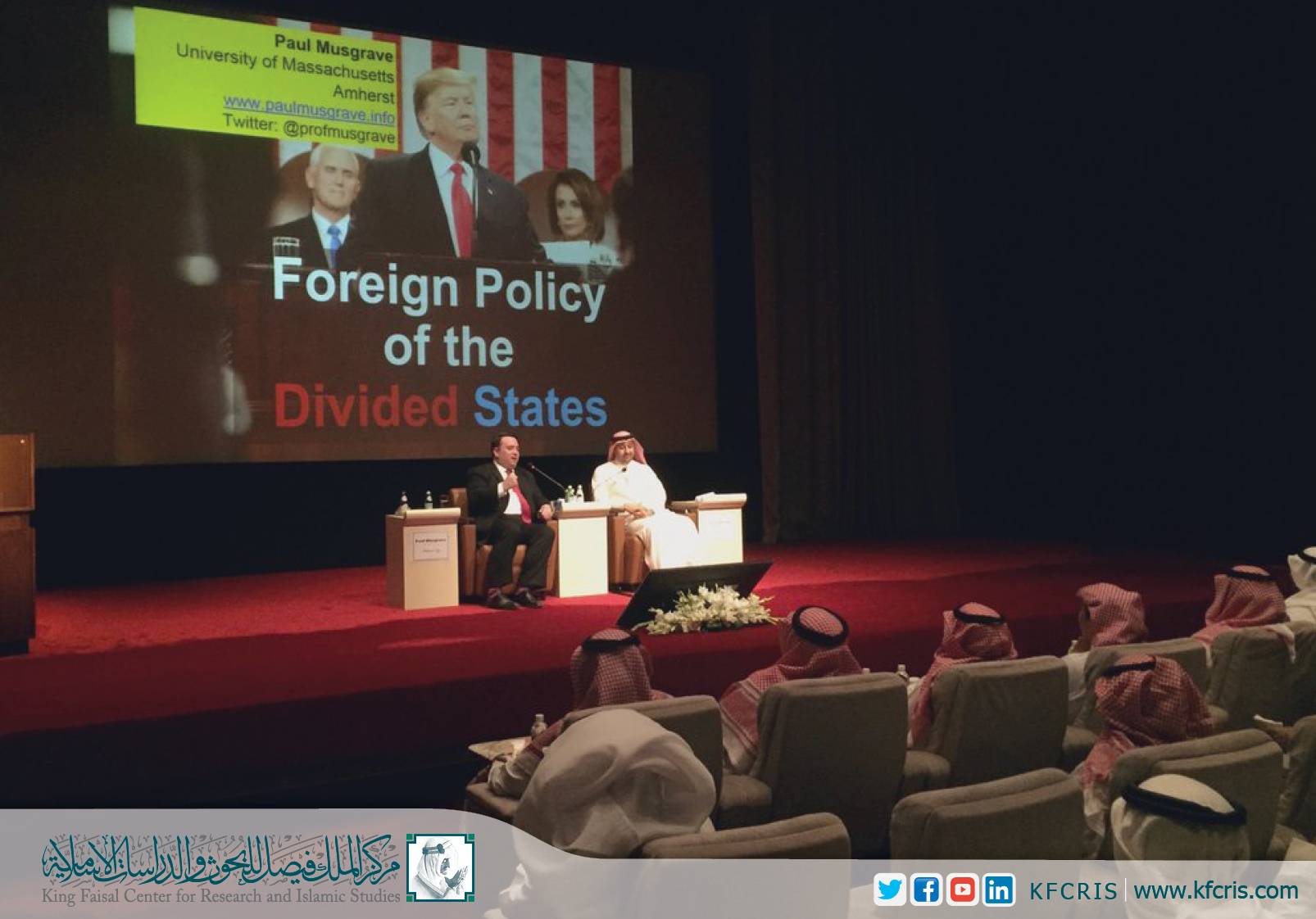 The King Faisal Center for Research and Islamic Studies hosted a lecture on Monday, April 1st 2019, entitled: “The Foreign Policy of the ‘Divided’ States of America,” presented by Paul Musgrave, Assistant Professor of Political Science at the University of Massachusetts.

"The division over US domestic politics is the largest in almost 150 years," said Paul Musgrave. "America has never been so divided; the two main Republican and Democratic parties have been in power for decades."

Musgrave explained that the growing division in US internal politics will affect foreign policy, which represents a threat to the interests of other countries and their relations with the United States. He stressed that it is necessary for states to have relations and interactions with the many American parties and institutions outside of the White House.

The Democratic and Republican parties have different positions on a number of issues, such as dealing with immigrants, the war against terrorism and relations with Russia, China and North Korea, he said. Therefore, with the increase in division comes the introduction of more extreme policies and the view of the other party as being a threat.

The lecture concluded with a question and answer segment with the attendees.