Lecture: The World according to Xi Jinping 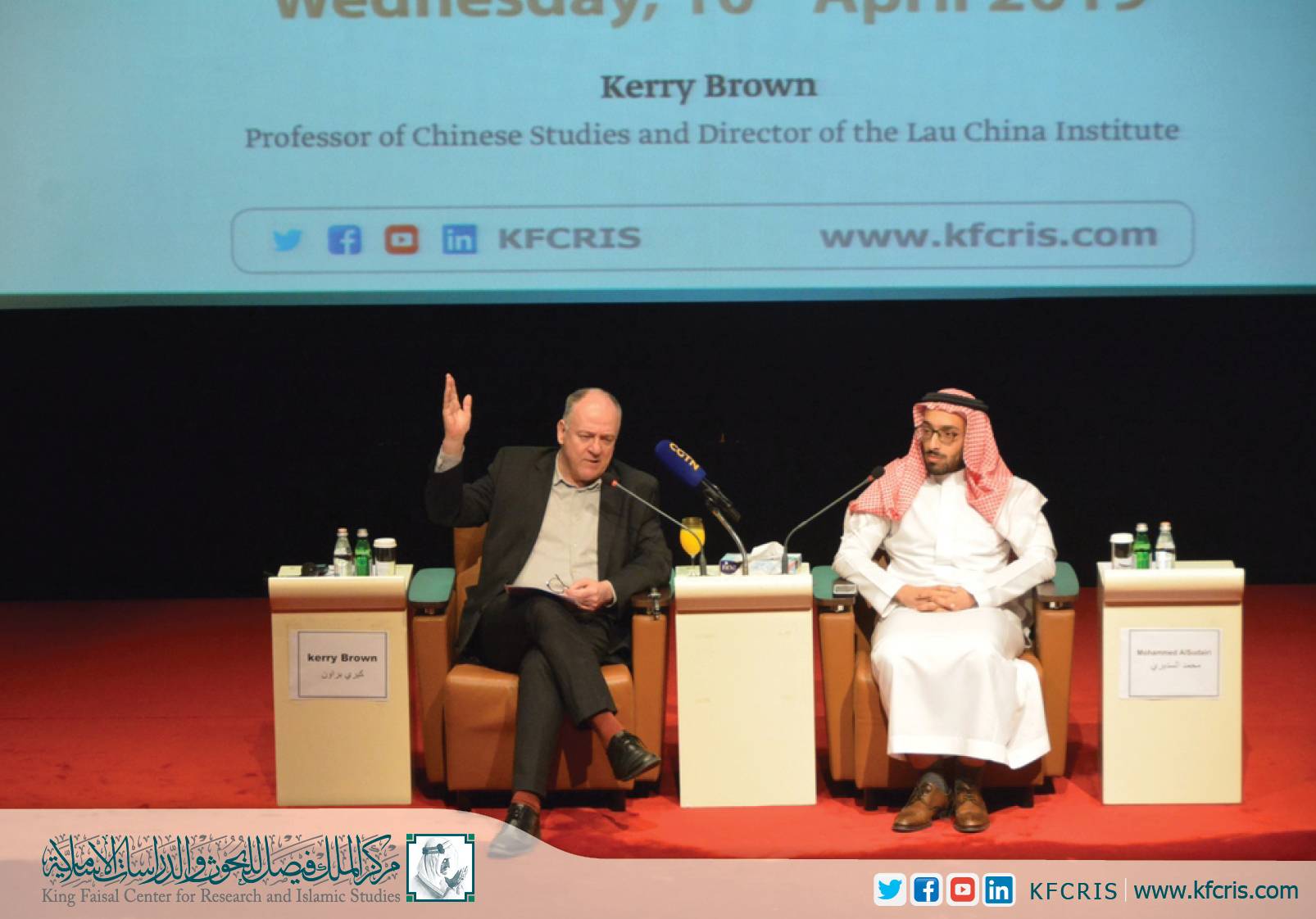 The King Faisal Center for Research and Islamic Studies hosted a lecture on Wednesday, April 10th 2019, entitled: "The World According to Xi Jinping" presented by Kerry Brown, Professor of Chinese Studies and Director of the Lau China Institute.

At the beginning of the lecture, Kerry spoke about the strength of the Chinese president, the stability of domestic politics, the strength and structure of the ruling party in China; the party that helped increase and strengthen the middle class, build up the spirit of renaissance among the Chinese people, has multiplied several times in the past years since the 1980s. Stressing the role of the ruling party in maintaining the security and stability of China with a vast area and huge population, and its important role in the transition of China from a colony to a sovereign state, independent and strong.

China has emerged as an economic and maritime superpower; its naval forces are on the coasts of some countries, such as some of Africa and others, and have revealed their great naval capabilities and power, but it is still behind America.

China under the leadership of President Xi Jinping focuses on the "Belt and Road" initiative, which is a priority and an invitation to the outside world to connect to it commercially and culturally. Noting that the continent of Europe is of great importance to China; because it is the largest supplier of technology in China, so China seeks to maintain this relationship.

The lecture ended with a question and answer segment.