China under President Xi Jinping: the Political and Economical Landscape 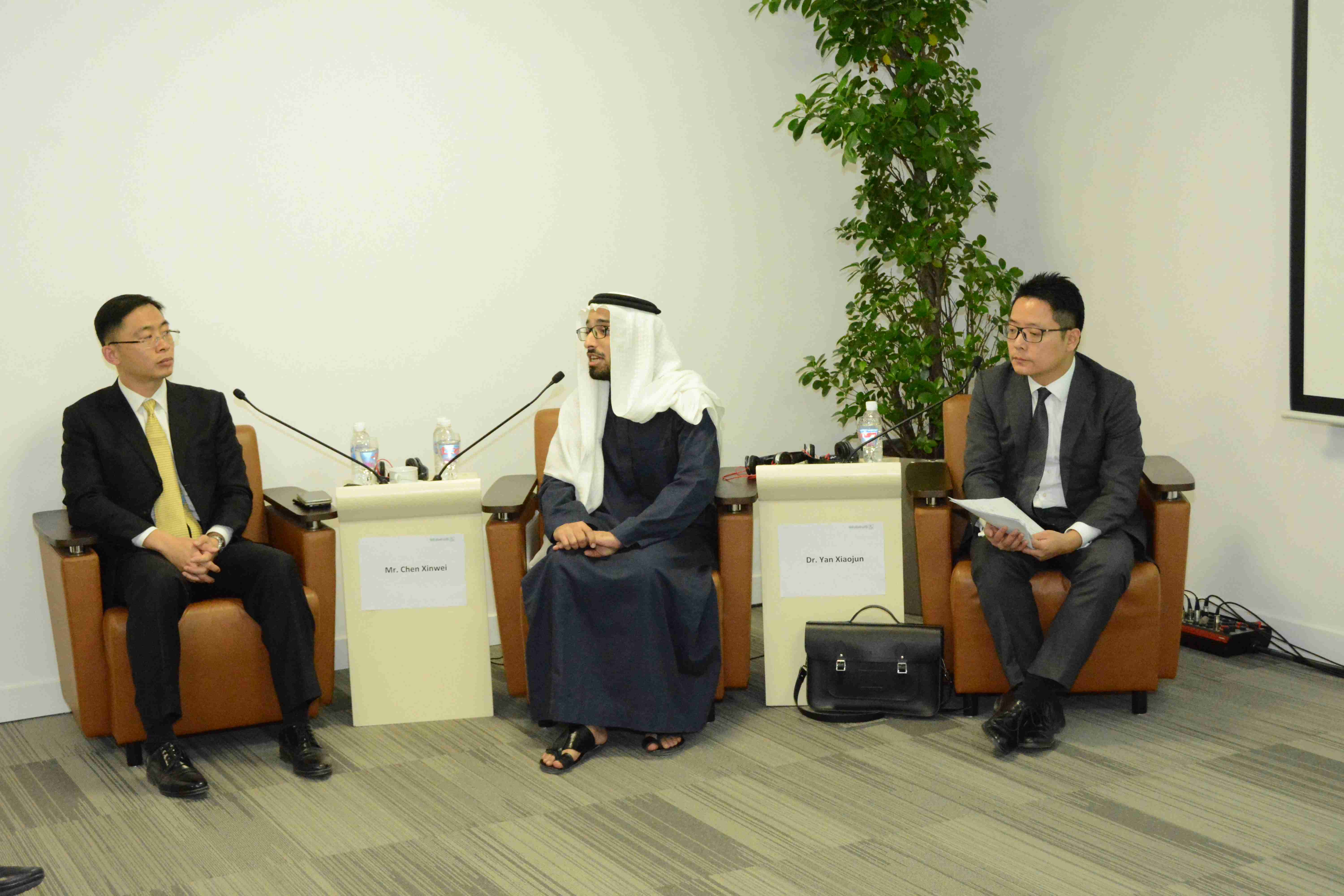 The rise of Xi Jinping to the helm of the party’s leadership in 2012 and the subsequent reforms and measures he has unveiled – ranging from his disciplinary anti-corruption campaigns, the launching of the “China Dream” campaign to the consecration of the “One Belt One Road” initiative – have raised considerable interest among global audiences regarding China’s future trajectory under his rule. The two-part lecture, given by Dr. Yan Xiaojun and Mr. Chen Xinwei, examine respectively two different dimensions of Xi’s rule – the political and economic. Dr. Yan first offered a general overview of the Chinese political system and its evolution since the founding of the People’s Republic in 1949. Following that, he then endeavored to outline some of the changes taking place under the new leadership in response to various key threats, including the erosion of party discipline and the spread of corruption within its ranks, the growth of societal unrest, and the persistence of a nation-wide ideological void inherited from the end of the Maoist era. Accordingly, most of the reforms undertaken by President Xi should be understood as primarily being aimed at re-consolidating the party’s coherence and shoring its legitimacy, although his long-term reformational goals will only be probably unveiled following the 2017 Nineteenth Party Congress when his own position is secure. Mr. Chen by contrast showcased a variety of financial and capital indicators, including debt levels, regarding the Chinese economy and emphasized that fears of a hard or soft-landing are exaggerations. He noted that Chinese growth – while circumscribed under a “new normal” due to global deflated demand and structural changes within the Chinese economy – will benefit from Xi Jinping’s “One Belt One Road” initiative and the continued push to internationalize the RMB.

Associate Professor in the University of Hong Kong: He obtained his Bachelor of Law (International Politics) and Master of Law (International Politics) degrees from Peking University and an A.M. and Ph.D. in political science from Harvard University. He is a comparative political scientist with special expertise in the politics of China. His research interests evolve around political development, authoritarianism, democratization, local government, contentious politics, comparative historical study of revolution, and the Chinese reforms. Dr. Yan was awarded the 2012 Gordon White Prize by the China Quarterly for his article entitled “ ‘To Get Rich Is Not Only Glorious’: Economic Reform and the New Entrepreneurial Party Secretaries” (The China Quarterly, June 2012, No. 210). His first book on Hong Kong politics was selected as one of the “Ten Best Chinese Books (non-fiction) Published in 2015” by Asia Weekly (亞洲週刊). A recipient of a Harvard University Certificate of Distinction in Teaching (2007), he served as a member of HKU’s Common Core Curriculum Committee and an Area of Inquiry (AoI) Leader from 2013 to 2015. He is a recipient of HKU’s Outstanding Teaching Award (2013). Dr. Yan is an Associate Member of the Central Policy Unit of the Government of the Hong Kong Special Administrative Region. He was elected to the Board of Directors of the Chinese Association of Hong Kong and Macau Studies in January 2016.

Mr. Chen Xinwei is Managing Director and Head of China FIG of Nomura International and based in Hong Kong. Mr. Chen also worked with UBS Investment Bank, Merrill Lynch and CICC (a joint-venture between Morgan Stanley and China Construction Bank)

Registration is required, please confirm your attendance by emailing us at China_lecture@kfcris.com