Lecture: Protection of Civilians and Minorities in Syria 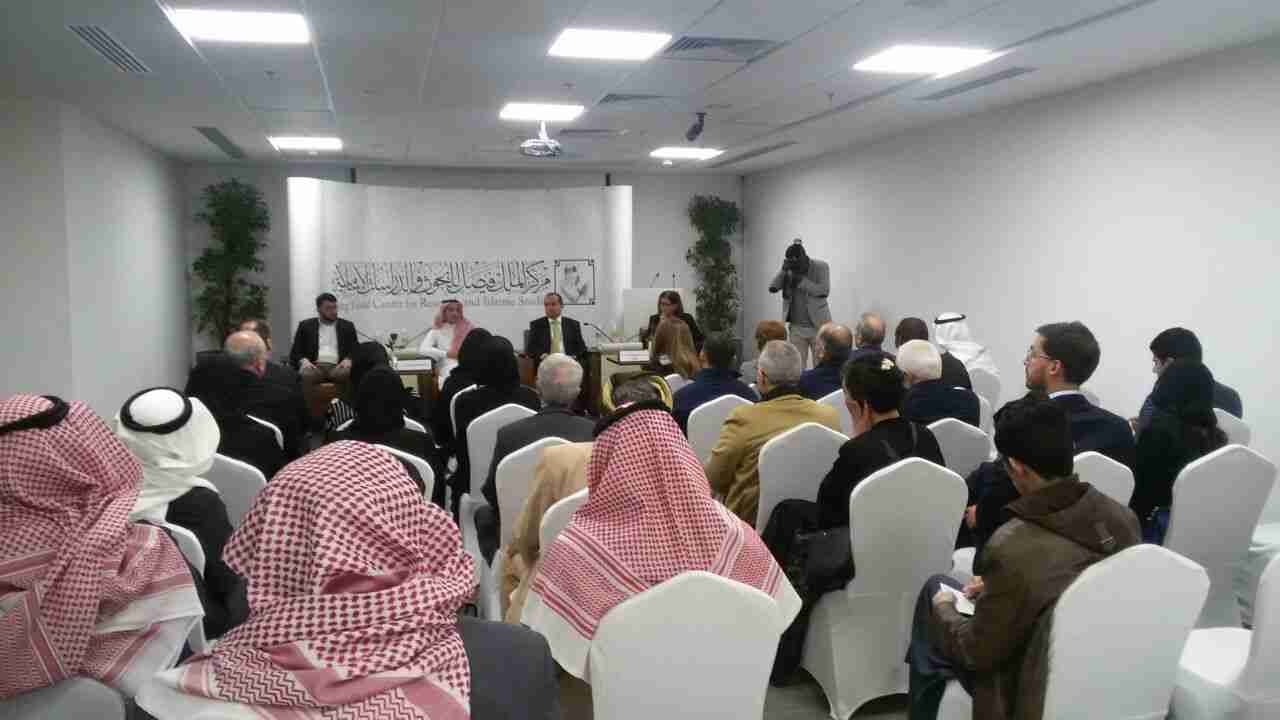 The lecture held on 9 Jumada I 1438/ 6 February 2017 at the Al-Faisal Institute for Human Resources Development was attended by political affairs specialists, experts, academics, ambassadors to the Kingdom, and public figures.

Speakers in the lecture included Simon Collis, UK ambassador to the Kingdom of Saudi Arabia. Ambassador Collis talked about crimes committed by the Assad regime, solutions and political negotiations, Russian-Iranian interventions, and Europe’s role in providing humanitarian aid. Also participating in the lecture was Hind Kabawat, member of the High Negotiation Committee. She explained the regime’s use of the sectarianism card in Syria, and the need for a new concurrent constitution without allocation. While Malek al-Abdeh, researcher at the Centre for Humanitarian Dialogue in Geneva, discussed the regime’s targeted destruction of Sunni cities, and the murder of hundreds of thousands in an attempt to destroy the social cradle of the uprising.