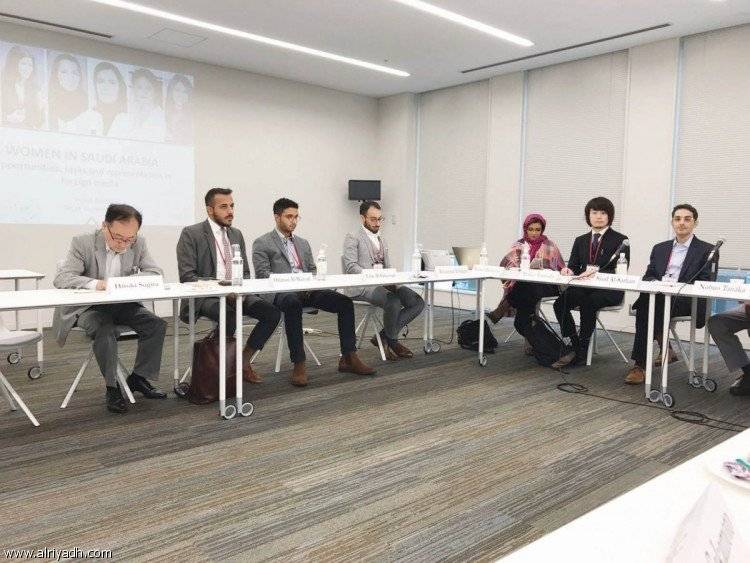 The delegation of the KFCRIS headed by the Secretary-General Dr. Saud Al-Sarhan visited Japan between 4 and 7 September. The delegation co-hosted a workshop on historical issues with the Center for Middle Eastern Studies of the University of Tokyo, and facilitated a talk of a Saudi journalist on Saudi women with the Sasakawa Middle East Islam Fund. The delegation also made over 10 visits to research institutions, scholars, libraries, and private firms in Tokyo.

The visit took place nearly four months after the Saudi-Japanese Scholars Dialogue in Riyadh hosted by the KFCRIS in cooperation with the Sasakawa Middle East Islam Fund, as part of the efforts of the KFCRIS to strengthen Saudi-Japanese intellectual exchange.

The workshop entitled “The Idea of Pan-Islamism in Japan in the Early 20th Century” took place at the University of Tokyo in the afternoon of Wednesday 6. Following the opening by Dr. Namie Tsujigami, Associate Professor at the Center for Middle Eastern Studies of the University of Tokyo, Prof. Akira Usuki (Japan Women’s University) made a presentation “Translating al-Qur’an into Japanese: A Case of OKAWA Shumei (1886-1957)” that introduced the life and works of Okawa, a Pan-Asianist who translated the Holy Qur’an into Japanese for the first time.

Dr. Saud Al-Sarhan then initiated a discussion on Abd al-Rashid Ibrahim, a Tatar Pan-Islamist and the first Imam of the Tokyo Mosque, with his presentation “‘Abd al-Rashid Ibrahim in the Hijaz” that examined Ibrahim’s experience in Madinah at the early stage of his life. Prof. Hisao Komatsu (Tokyo University of Foreign Studies/Professor Emeritus, University of Tokyo) further explored the life of Ibrahim with his presentation “‘Abd al-Rashid Ibrahim and Empires: The Ottoman, Russian and Japanese” that provided a comprehensive analysis of Ibrahim’s political attempts and activities.

Finally, Mohammed Al-Sudairi (KFCRIS, Head of the Asian Studies Unit) brought a third agenda to the discussion with his presentation “The Mikado as an Oriental Khalifah: A Cursory Look at Arab Writings on Japan and Chinese Muslims at the Turn of the Century” that discussed Pan-Islamists’ understanding of Japan in relation to their engagements with Chinese Muslims. 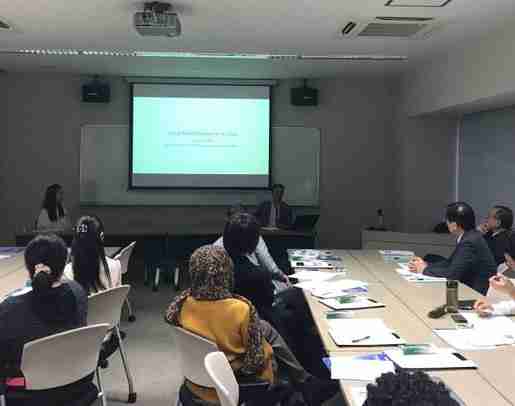 On the other hand, the talk of Dr. Nahid Bashatah, Editor in Chief of the Anha online newspaper and the columnist for the Al-Jazirah newspaper, was given at the Sasakawa Peace Foundation in the afternoon of Tuesday 5. Her presentation titled “Women in Saudi Arabia: Opportunities, Tasks, and Representation in Foreign Media” was followed by active exchange participated by Japanese journalists, practitioners, researchers, and students. Prior to the talk, the delegation was warmly welcomed by Mr. Nobuo Tanaka, Chairman of the Sasakawa Peace Foundation, and Dr. Kayoko Tatsumi, Director of the Sasakawa Middle East Islam Fund. 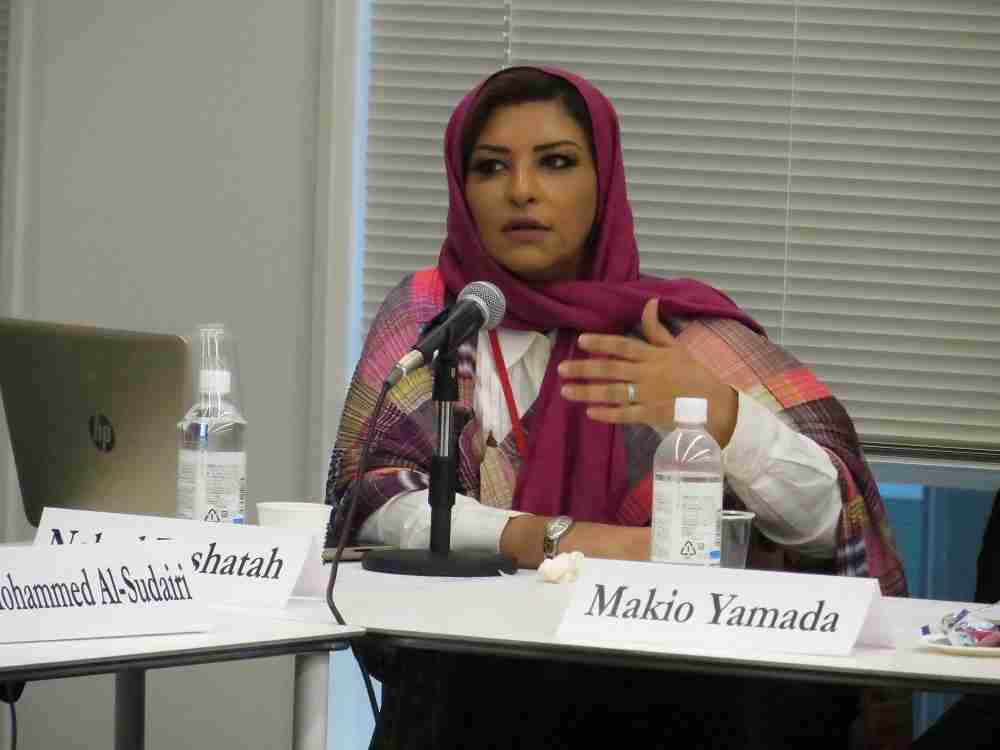