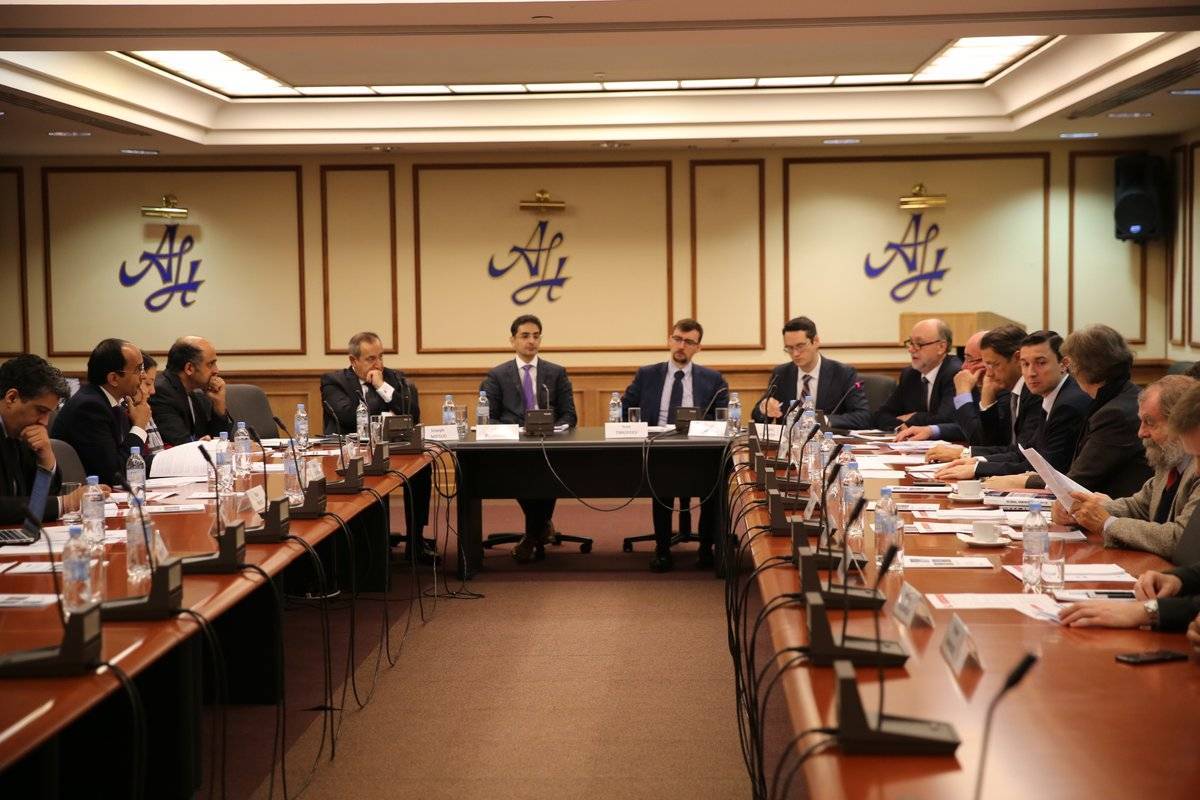 The King Faisal Center for Research and Islamic Studies (KFCRIS) and the Russian International Affairs Council (RIAC) co-hosted a workshop in Moscow, entitled: "Security Challenges in the Gulf and Prospects for Political Settlements in Yemen."

The event focused on security challenges in the Gulf and the prospects for political resolution of the situation in Yemen. The opening remarks were made by Ivan Timofeev, RIAC Director of Programs, and Dr. Saud Alsarhan, Secretary-General of KFCRIS.
Timur Makhmutov, RIAC Deputy Director of Programs, moderated the seminar.

A number of Yemeni experts were also present, including Dr. Abdullah Hamiddedin, Albaraa Sheban, and Rasah Jarhum. They spoke about a number of issues pertaining to the situation in Yemen, such as the need for a humanitarian solution versus the need for a political one, the role of the West and whether they can be seen as side parties, Russia's possible influence on Iran, and the role of gender.

Senior Researcher at the Centre of Arabic and Islamic Studies at the Institute of Oriental Studies, Sergey Serebrov, gave a presentation of the analytical report “Yemen Crisis: Causes, Threats and Resolution Scenarios.” He touched upon different levels of the issue including regional level. The experts discussed possible parameters for handling the situation and exact proposals that could be supported both by Saudi Arabia and Russia, representing different sides of the Yemen conflict.

Russia was represented by specialists from the Institute of Oriental Studies at Russian Academy of Sciences, Russian Institute for Strategic Studies, Valdai Club, and Moscow State Institute of International Relations at the Ministry of Foreign Affairs of Russia.

Closing the Round Table, Dr. Saud Alsarhan and Ivan Timofeev thanked the speakers for attending and stressed the importance of creating dialogue between each other.