Lecture: Putting out the Fires - How to End Armed Conflict in Iraq, Syria and Yemen 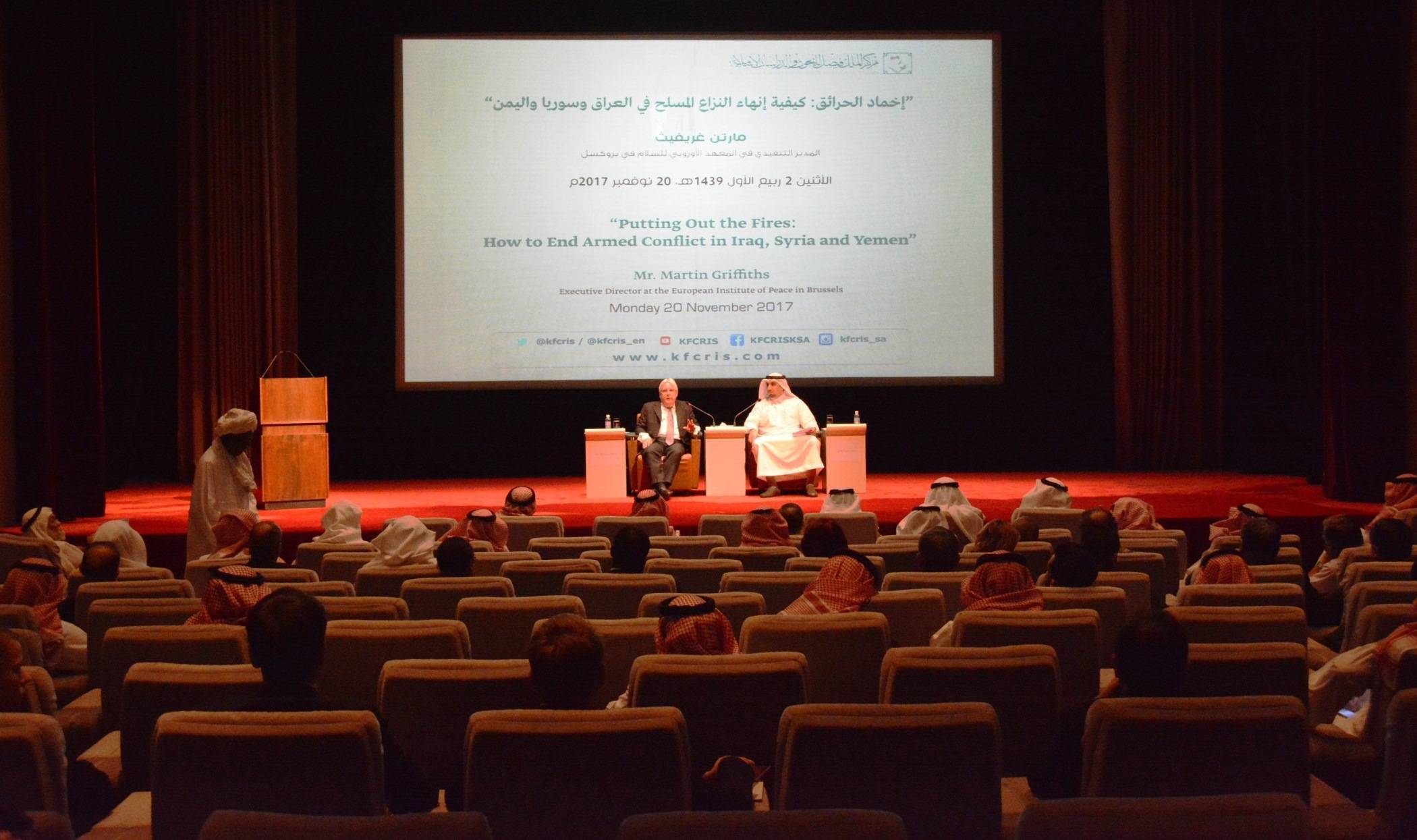 King Faisal Center for Research and Islamic Studies hosted a lecture entitled: "Putting Out the Fires: How to End Armed Conflict in Iraq, Syria and Yemen" by Martin Griffiths, executive director at the European Institute of Peace (EIP) in Brussels. It was held on Monday, November 20, 2017 at the Lecture Hall of the King Faisal Foundation building in Riyadh, with attendance by Yahya Al-Zahrani, an academic and researcher in international relations and strategic sciences, amid a large presence of specialists in political affairs, experts, academics, ambassadors of foreign countries and public figures.

During the lecture, Griffiths attributed the delay of the solution to the Syrian crisis to the large number of foreign interventions and the involvement of terrorist groups in the conflict, in addition to the proxy wars inside Syria. He also pointed out that while international diplomacy has exerted all its efforts, the ambitions of the Syrian opposition have ended. Therefore, the strategy must be changed and a new way of thinking must be adopted. International diplomacy must support the areas of reducing tension to alleviate the suffering, even temporarily, so as not to end the glimmer of hope. He also mentioned that Europe has played a secondary role, so its contribution is necessary to bring peace to Syria through a greater role in the next phase.

Griffiths explains that the crisis in Yemen is exceptional in that it can be resolved. This would require limiting the proxy wars and for the Yemenis to resolve their differences through negotiations. It would also require Yemeni institutions to come up with innovative solutions. He also said that opening the airports and ports in Yemen would not only be a turning point for the humanitarian effort, but also for the war itself.

As for Iraq, armed militias must be dismantled to resolve the conflict and consolidate security.