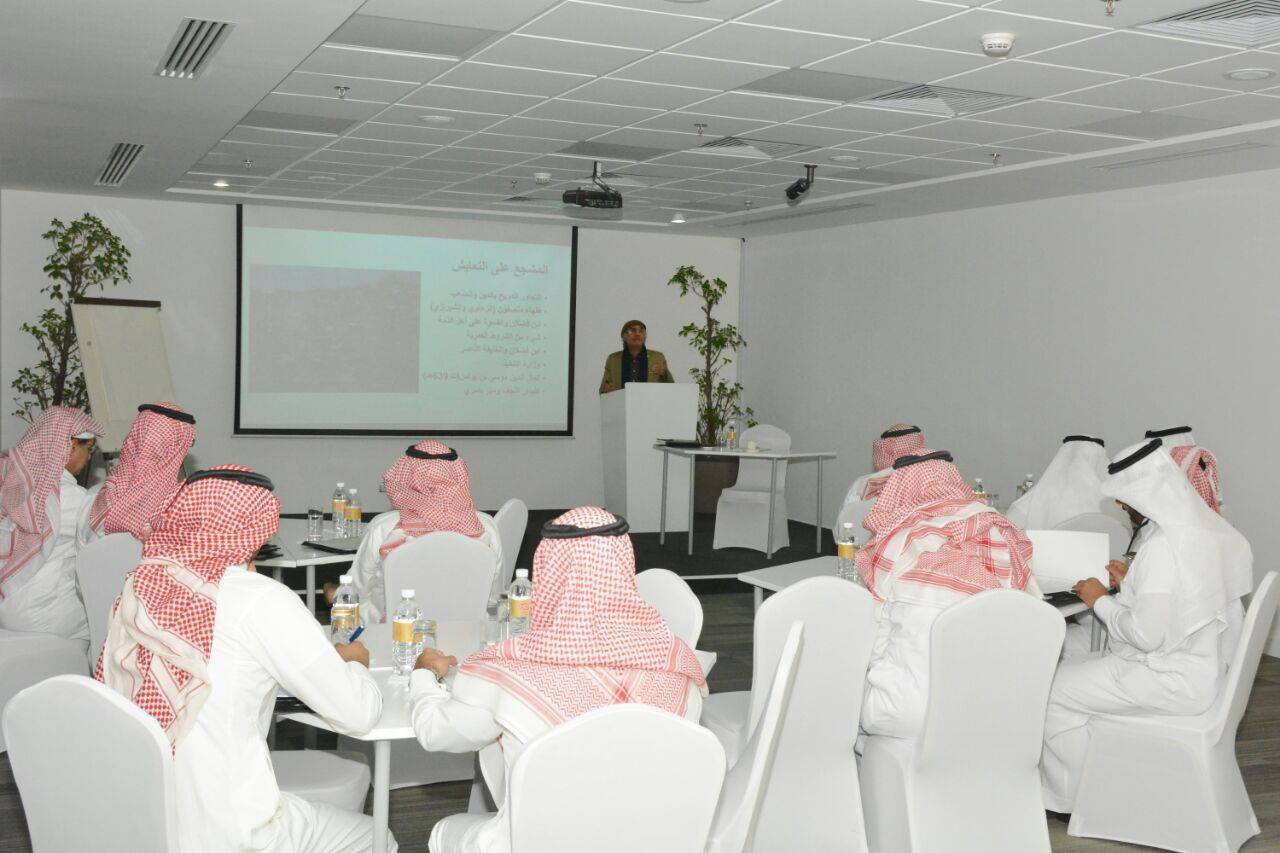 The Alfaisal Institute for the Development of Human Resources for Training held a training program in the field of culture entitled: "Iraq: History, Civilizations, Future Challenges and Reporting", from Sunday, 5 to 8 November 2017, in Riyadh.

At the beginning of the program, the Secretary-General of the King Faisal Center for Research and Islamic Studies Dr. Saud Alsarhan stressed the importance of such a training program that addresses an important country such as Iraq by cultural, historical and community. He also stressed its importance in providing participants with the necessary knowledge and culture to absorb, understand and write reports within the framework of decision-making.

Participating in the presentation of the program is Dr. Rashid Al-Khayoun, an Iraqi writer and researcher, who is interested in Iraq's intellectual, political and social history and has a large number of cultural and historical works. Peter Harling, founder and director of the SYNAPS network, participated in the program, as well as a number of officials representing a number of government and private agencies.

The program, which comes within the programs of the Alfaisal Training Institute, aims to develop the skills and cognitive abilities of the participants in the history and civilizations of Iraq and to explore its future according to the variables affecting the Iraqi society.

On the first day of the program, Al-Khayoun shed light on the ancient history of Iraq, the laws and culture of ancient societies, ranging from the Sumerians to the Ottomans, to modern Iraq, which included the establishment and the monarchy, the Baath Party and the establishment of parties.

While the lecturer focused on the third day on the map of the Iraqi opposition abroad before 2003, and the role of Iran before and after, and the sectarian war between armed groups and what resulted, in addition to financial and administrative corruption and failure in governance, and then the rule of Maliki, and the issue of Mosul and the so-called Sunni triangle, as well as the media, cultural and intellectual landscape. He also discussed the challenges faced by Iraq because of extremist groups and terrorist operations, the possible threats to divide Iraq, the potential for separation of the Kurdistan region, the Iranian role in Iraq and the issue of population distribution according to religions and sects.

The fourth and final day of the program was moderated by Dr. Peter Harling, to analyze the current situation and ongoing developments in Iraq, how to build an information system that supports the analysis process, and how to effectively formulate and deliver reports within the framework of decision-making.

The program ended with the distribution of certificates to the participants by the Assistant Secretary-General for Development and Quality, Mr. Turki Al-Shuwaier.