Workshop: Regional Issues from a Saudi Perspective (with Swedish Embassy in Saudi Arabia) 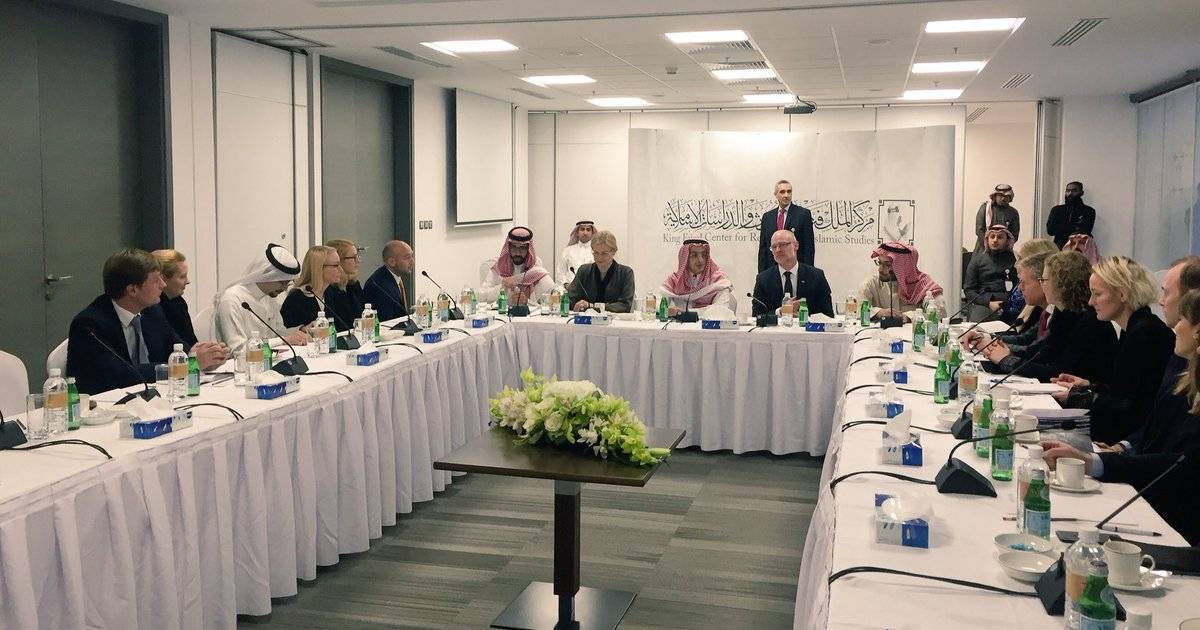 The King Faisal Center for Research and Islamic Studies held a workshop on "Regional Issues from a Saudi Perspective" on Tuesday, 5 December 2017, in cooperation with the Swedish Embassy in the Kingdom, attended by a number of specialists in political affairs, as well as a number of representatives of Swedish embassies around the world.

At the beginning of the workshop, the Secretary-General of the Center Dr. Saud Alsarhan defined the Center, its objectives and programs, and its cooperation with leading universities, research centers and organizations from around the world, in addition to the most prominent services provided to visiting researchers from inside and outside the Kingdom. Sarhan then reviewed Saudi foreign policy on regional issues.

Mohammed Al-Sudairy, a non-resident researcher at the Asian Studies Unit at King Faisal Center, spoke about the history and development of Saudi-Chinese relations and how they affect regional political issues. The other participants in the workshop presented their ideas and opinions on new policies and developments in the region. Political, diplomatic and economic issues between Saudi Arabia and the region, and the challenges they face.

The workshop discussed changes in regional foreign policies that have taken place in the Middle East since the eruption of revolutions in the Arab world and the accompanying emergence of non-governmental actors in some countries.

The workshop also reviewed the Saudi-Russian relations and trends on regional issues. Also discussed were the Iranian interventions in Syria, Lebanon, Iraq and Yemen, and their impact on the stability of these countries in particular and the region in general.

The workshop is part of the Center's regular programs of organizing seminars, lectures and workshops, and hosting Saudi and non-Saudi specialists to discuss various intellectual, social, political and economic issues.