Lecture: A Decade of Statehood - Kosovo and the Arab World 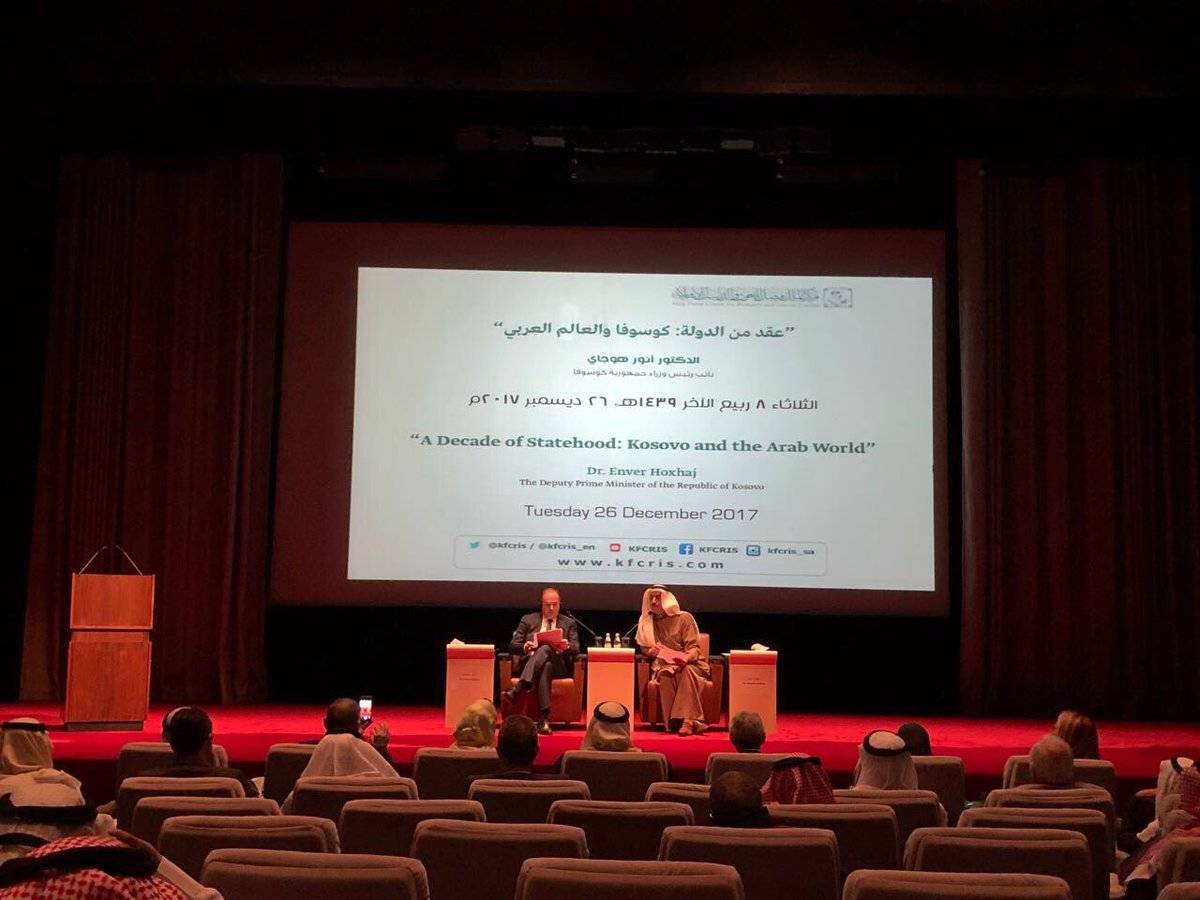 A public lecture was held at the King Faisal Foundation building on Tuesday, December 26 2017, entitled: "A Decade of Statehood: Kosovo and the Arab World" by Dr. Enver Hoxhaj, the Deputy Prime Minister of the Republic of Kosovo.

He expressed his gratitude to the government and people of Saudi Arabia for the support of Kosovo, but at the same time expressed surprise at the lack of recognition of some Arab and Islamic countries of his country. "I thank the Kingdom for its great support to my country in the 1990s during the war," he said. "It supported us in the reconstruction of the country and was one of the first countries to recognize the independence of Kosovo."

During the lecture, he explained that Kosovo has made many achievements during the past decade, but there are still challenges ahead.

He said: "We gained independence after the collapse and disintegration of Yugoslavia. After independence, we found that our relationship with the European Union was more important than the United Nations at the beginning because of the geographical and political nature of our country in our European region. Later we sought to join the United Nations, but they did not recognize us as an independent state."

The lecture comes within the Center's periodic program of organizing seminars, lectures and workshops, and hosting specialists to discuss various intellectual, social, political and economic issues.