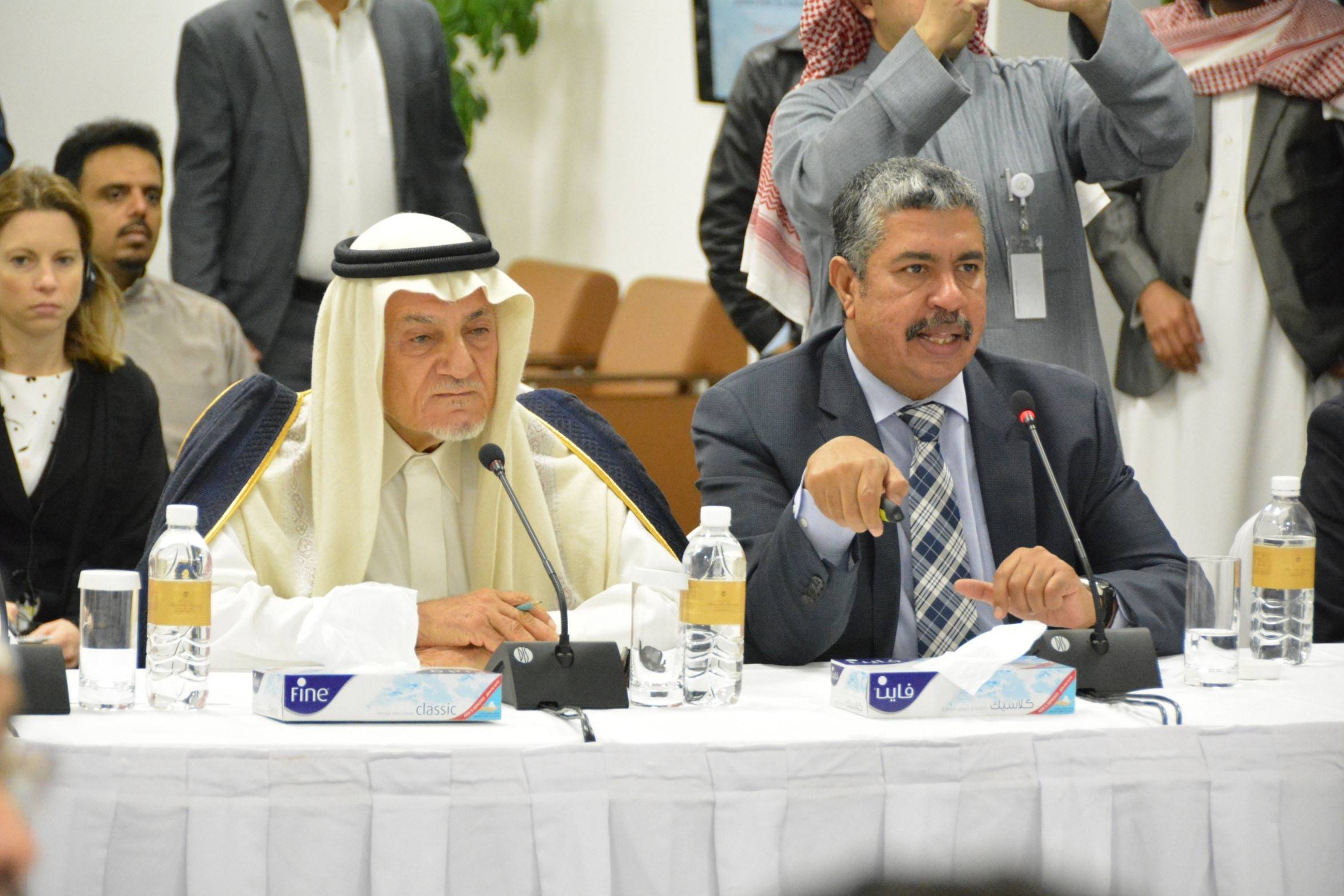 The King Faisal Center for Research and Islamic Studies organized a panel discussion entitled: "Yemen Post-Ali Abdullah Saleh" on Thursday, January 11th, 2018 at the Alfaisal Institute, in the presence of the Chairman of the Board, Prince Turki Al-Faisal, and Dr. Khalid Bahah, former Prime Minister of Yemen. It was attended by a number of specialists in political affairs and diplomats.

Bahah began talking about the need to build a national state through the implementation of a strategic vision that includes three important factors: political, security & military, and economic. He also pointed out that the reforms in Yemen suffer from temporary solutions, while the country is in need of radical long-term solutions.

He referred to the important political process in the process of national state-building, which includes the comprehensive national dialogue conference, which includes all the Yemeni parties, in addition to the partnership with the GCC and working with international organizations, the most important of which is the United Nations. Yemenis have to find new political components and environments that were not part of the previous conflict situations, so as to dispel the younger generations from the old traditional parties that are slowly diminishing.

The Yemeni politician stressed the importance of the military track in the path of reform, which will have an important role in the future of Yemen, because the process of prolonging the war created many problems at all political, economic and social levels.

On the economic situation, Bahah said that it represents the biggest challenge in Yemen, so the future requires a long-term vision to address this problem. He pointed out that the relief operations are going well enough but not enough to cover millions of Yemenis. As for the reconstruction and development process, he stressed that it must be well planned, because the post-war phase is difficult.

The seminar ended with a speech and comment by Prince Turki Alfaisal on the Yemeni situation, ways of solving the crisis and the most important proposals for building the national state and ending the war, in addition to the interventions and comments of the audience.