Lecture: The Future of War - A History 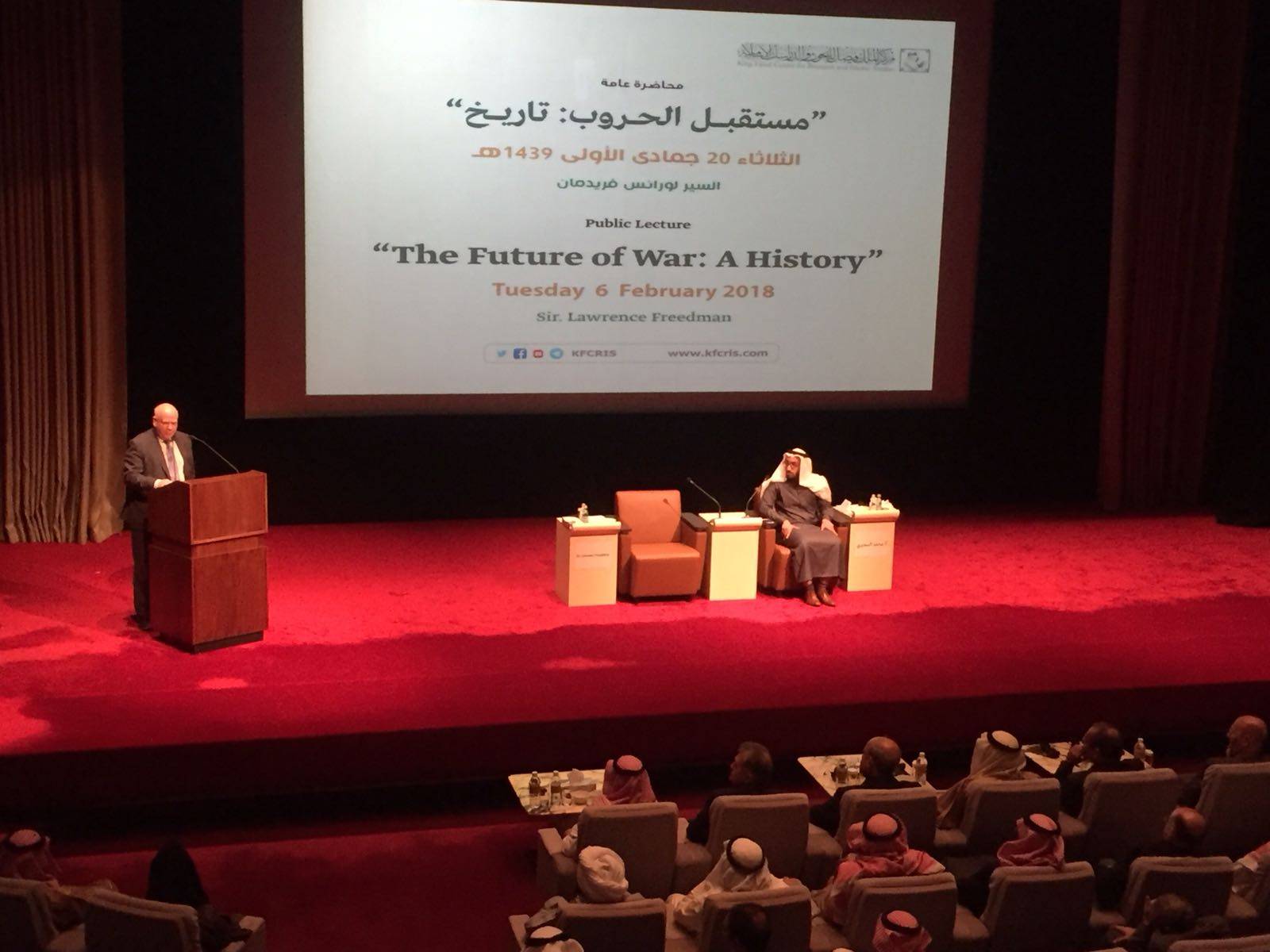 Sir Lawrence Freedman, one of the most prominent military and strategic thinkers in Britain, discussed his new book, "The Future of War: A History," by asking several questions about the future of wars, how to address them in political debates, and strategic analysis. What plans may be taken into account by belligerents? What are the best forms of defense? How can peace or conflict resolution be maintained?

Freedman began his lecture by highlighting previous writings about the war and its future, how it was handled, what difference can new weapons bring, the devastating effects of war on lives, property and civilizations, and the assumptions of wars turning into nuclear wars. He reviewed the changes that have occurred in the ideas, methods and techniques of war since the two world wars until the seventies and eighties.

Freedman said that the majority of major wars stem from internal conflicts and violence within countries before turning into major wars, stressing that the most important aspect for the future is the readiness of the major powers to intervene in the event of conflicts, to protect its borders or its internal allies. And that one of the main reasons for wars not being pushed by the major powers is the fear of nuclear escalation. He said that wars have become more deadly, and that future wars will be more intense.

Freedman noted that the United States remains the only force capable of conventional military access to any place in the world. He posed the question of how far the United States will play in future conflicts, as well as the impact that countries such as China and Russia can make.

He also addressed the concept of "surprise attack" or "first strike" in the dictionary of wars, which means holding the initiative and the role of this element in resolving wars and ending them quickly. He pointed out that the results of the attack is not always encouraging, and examples are many, notably the Iran-Iraq war, Iraq's invasion of Kuwait and the Russian occupation of Crimea.

Freedman also spoke about cyber attacks and their effects since the 90's, with the increased reliance on electronic services and the necessity of countries to be ready for a cyber attack.

Sir Lawrence Freedman was a professor at the Department of War Studies at King's College from 1982 to 2014 and was Vice-President of the College from 2003 to 2013. He received his primary education at Whitley Bay Elementary School, and at universities at Manchester, York and Oxford. Prior to joining King's College, he was Director of Research at the University of Oxford's Nathfield College, the International Institute for Strategic Studies (IISS) and the Royal Institute for International Affairs. He was appointed as the official historian of the Falkland Islands Campaign in 1997. In June 2009, he became a member of the official investigation into Britain and the Iraq war in 2003.