Lecture: Does Russia Have a Future in the Middle East? 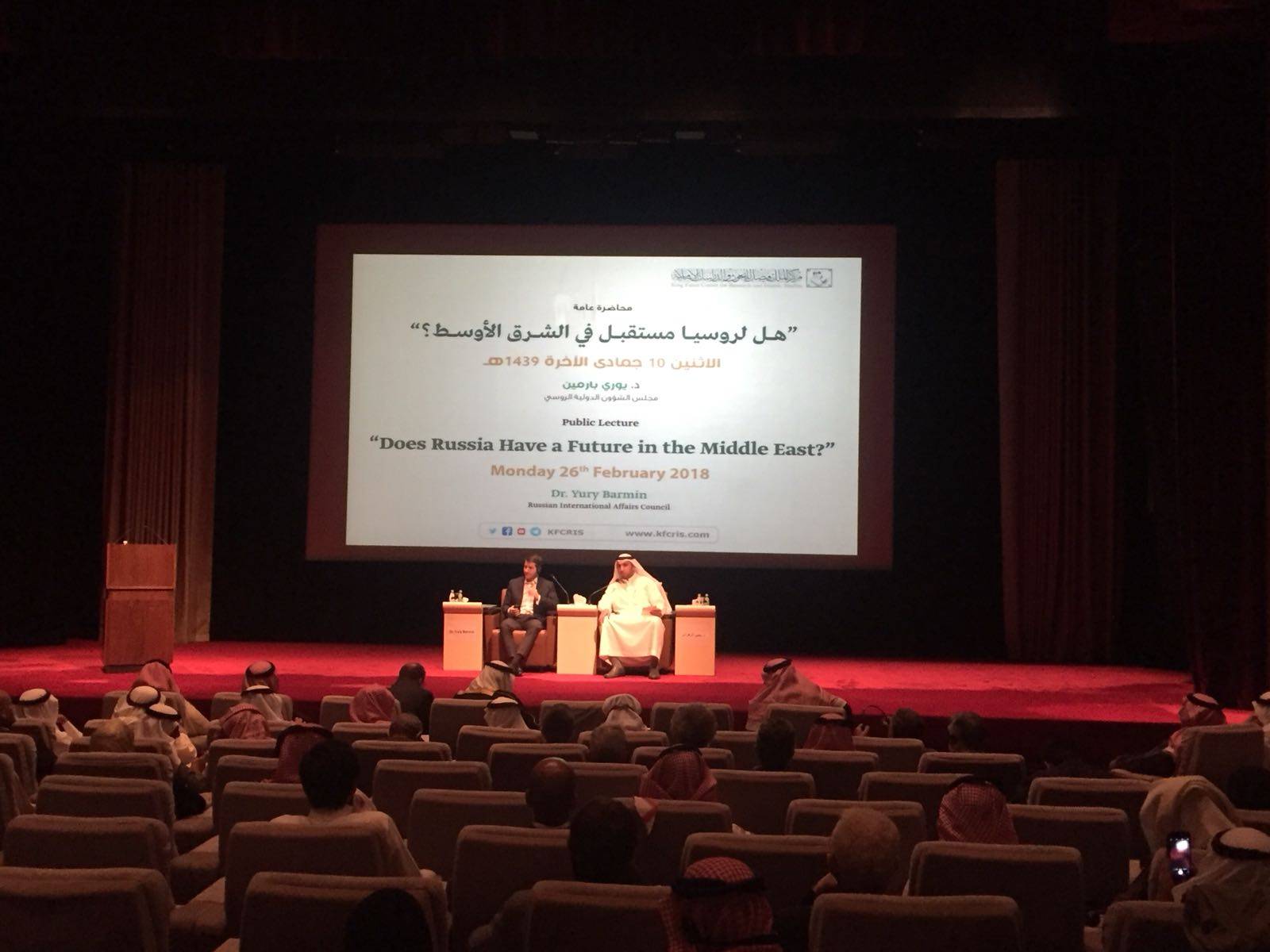 Dr. Yury Barmin presented his lecture on the political past of Russia in the Middle East and its motives for the region, the most important of which is the ideological influence of the Western policies.

On the motives Russia's military intervention in the Middle East, Barmin said the most important aspect is the wave of the Arab Spring, and continuing to counter the impact of the United States, in addition to the absence of long-term political strategy in the region, pointing out that one of the objectives of Russia's expansion in the Middle East is to emphasize it as a force. It is also an attempt to revive its dream of reaching the Mediterranean in order to disrupt the work of NATO and to limit its effectiveness. He also stressed that Russia has a defensive mentality in terms of combating extremism, which is manifested in its military operations against ISIS, describing its relationship with regional players as always volatile.

Barmin stressed that Russia's sustained presence in the Middle East needs to transform the current military gains in Syria into a long-term political impact and create a coalition or security system similar to NATO, while at the same time, the idea of ​​a new antagonism is currently unacceptable.

In conclusion, he spoke about the future of Russian relations with Saudi Arabia and highlighted the challenges facing these relations in the future.

Yury Barmin is a risk consultant whose work focuses on issues related to the Middle East and Russia’s positioning there. He is an expert at the Russian International Affairs Council, covering the Middle East and North Africa, Moscow’s policy towards the region, and the conflict in Syria.