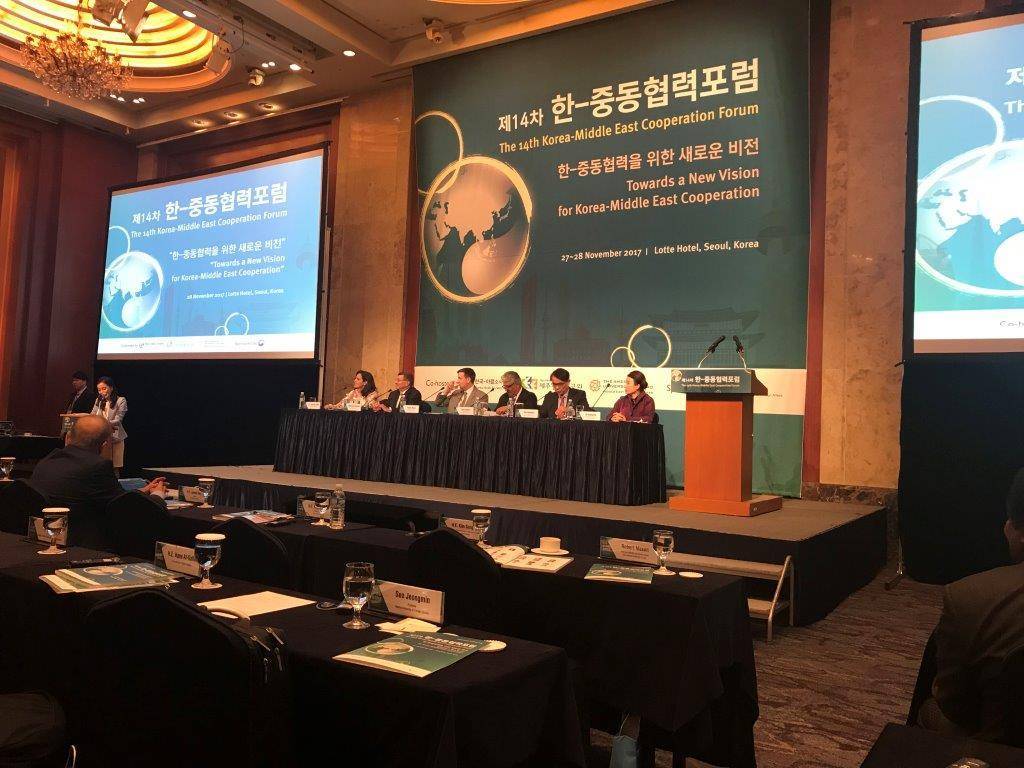 The King Faisal Center for Research and Islamic Studies participated in the 14th Korea-Middle East Cooperation Conference, "Towards a New Vision for Cooperation between Korea and the Middle East", held from 27 to 28 November 2017 in Seoul, South Korea.

The Center was represented at the conference by Dr. Fahad Al-Sherif. During his third session, entitled: "Human Development: Challenges and Strategies", Al-Sherif spoke about the importance of economic cooperation between Korea and Arab countries in general. He pointed out the importance of the Korean-Saudi cooperation in particular to the contribution to the achievement of many of the objectives of the vision of Saudi Arabia 2030, as there are many common economic opportunities that can lead to constructive cooperation in sustainable development and diversification of the Saudi national economy, instead of having it be almost entirely dependent on oil revenues.