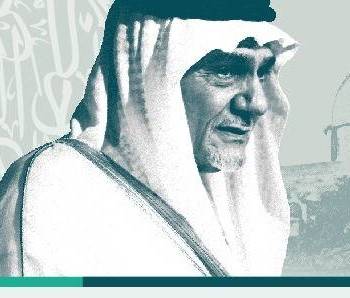 President Trump recently announced his decision to relocate the American embassy in Israel from Tel Aviv to Jerusalem and to recognize Jerusalem as Israel’s capital.

“We cannot solve our problems by making the same failed assumptions and repeating the same failed strategies of the past,” Trump said Dec. 6. “I’ve judged this course of action to be in the best interests of the United States of America and the pursuit of peace between Israel and the Palestinians.”

No, Mr. Trump: You are making the same failed assumptions and repeating the same failed strategies of the past. With this act, you repeat the failed assumptions and strategies of your predecessor President Truman, who, against the advice of his secretary of State, the distinguished Gen. George Marshall, recognized Israel as a state, precipitating a historic injustice that has allowed that state to oppress the Palestinian people and occupy their and other Arab lands. Bloodshed and mayhem followed Truman's act, arguably an opportunistic move in order to make electoral gain. Bloodshed and mayhem will definitely follow your opportunistic attempt to make electoral gain.

No, Mr. Trump: Your course of action is not in the best interest of the United States. By this action, you have abandoned the promise you made to the Muslim people of the world last May in Riyadh “to offer partnership based on shared interests and values, to pursue a better future for us all.” Where in your unilateral and misguided act is the partnership that you promised?

No, Mr. Trump: Jerusalem is not Israel's capital. Your country was one of the architects of Resolution 242 of the United Nations Security Council, which clearly codifies the “inadmissibility of the acquisition of territory by war,” a cardinal principle of international law reaffirmed by subsequent Security Council resolutions. East Jerusalem is conquered by war. Your failure to acknowledge this fact is a deliberate attempt to obfuscate and inject “fake news” into a reality that all the world knows and accepts — except for you, Israeli Prime Minister Benjamin Netanyahu and right-wing extremists in Israel, the U.S. and other countries.

No, Mr. Trump: Israel is not the democracy that you applaud. Just ask the Muslims and Christians who live there and suffer discrimination and denial of their rights.

No, Mr. Trump: Your act belies your statement that it is “not intended in any way to reflect a departure from your strong commitment to facilitating a lasting peace agreement.” How you reached that conclusion is beyond all logic. How can you facilitate a lasting peace agreement when you adopt one party's illegal territorial claim? How can you claim, as you have, that you are “not taking a position on any final status issues including the specific boundaries of the Israeli sovereignty in Jerusalem or the resolution of contested boundaries,” when you have just accepted Israel's unjust claims?

No, Mr. Trump: Your action does not “reaffirm your administration’s longstanding commitment to a future peace and security for the region.” Rather, your action has emboldened the most extreme elements in Israeli society. They take your action as license to evict Palestinians from their lands and subject them to an apartheid state. Where is the peace in that? Your action has also emboldened Iran and its terrorist minions to claim that they are the legitimate defenders of Palestinian rights in the face of American and Israeli imperialist goals. Where is the future peace and security for the region in that? You have given the much-diminished terrorist threat a boost, reenergizing its recruitment of volunteers to broaden their murderous attacks on innocent civilians worldwide. Where is the peace and security in that?

No, Mr. Trump: You cannot call for calm, moderation and tolerance to prevail over the purveyors of hate when your act is the balm on which they thrive. It is the sustenance on which they feed. It is the oxygen they breathe.

No, Mr. Trump: Do not send your vice president to us. He is not welcome. If you want to rectify your cavalier mistake, you can issue a statement recognizing the Palestinian state and its capital in East Jerusalem.

Otherwise, forget whatever sweet words you blandish us with. Native inhabitants of what is called America coined the phrase, “White man speaks with forked tongue.” We have understood this phrase since 1917.

Our king, crown prince, government and people condemn your act, and our king advised you to retract it. For the sake of world peace and security, I hope that, this time, you will take his advice.